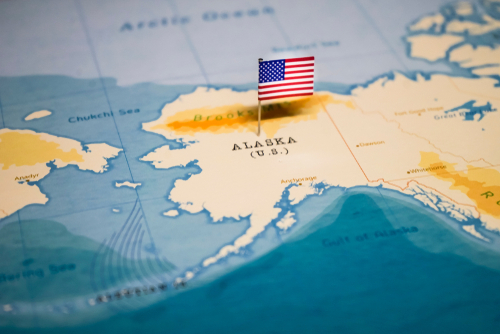 For all of the huff and puff coming from radical environmental groups about “save the planet” and the “existential threat of climate change”, they sure like to delay and obstruct Alaska’s potential solutions to those so-called problems.

Exhibit ‘A’ in the eco-left’s war on Alaska resource opportunities has been the Pebble Mine, and its world-class copper deposit.  For over 15 years, zealots have battled the project, with no signs of ever letting up, even though the U.S. Army Corps was clear that the mine could co-exist with the nearby Bristol Bay fishery.

Exhibit ‘B’ is the Ambler Access Road, which is quickly catching up to Pebble for how intensely the environmental movement is doing everything they can to defer its construction.  The 211-mile road would connect the Dalton Highway with several vast deposits of copper, zinc and critical and strategic minerals; all needed for the eco-movement’s desired goal of “going green”.

Even after the project was approved by the Corps and the Bureau of Land Management in 2020, the environmental lobby sued to halt the road’s development.  After finding a friendly federal judge to side with them, they worked with high-level eco-warrior bureaucrats, including Interior Secretary Deb Haaland, to force a re-examination of the permit.  Now, over a year later, things still haven’t moved forward with the review.

Alaska’s Congressional delegation, Legislature and Governor all support the project, and have communicated numerous times to Haaland and others to try to break the logjam.  Senators Murkowski and Sullivan sent another joint letter earlier this month, stating their full-throated support of the project.

It is time for the federal government to take its foot off of the neck of Alaska, and let Ambler, Pebble and other opportunities move forward.  Continued delays risk Alaska’s economic and energy future, as well as show complete and unbridled hypocrisy from the eco-left about walking its talk when it comes to ‘going green’.