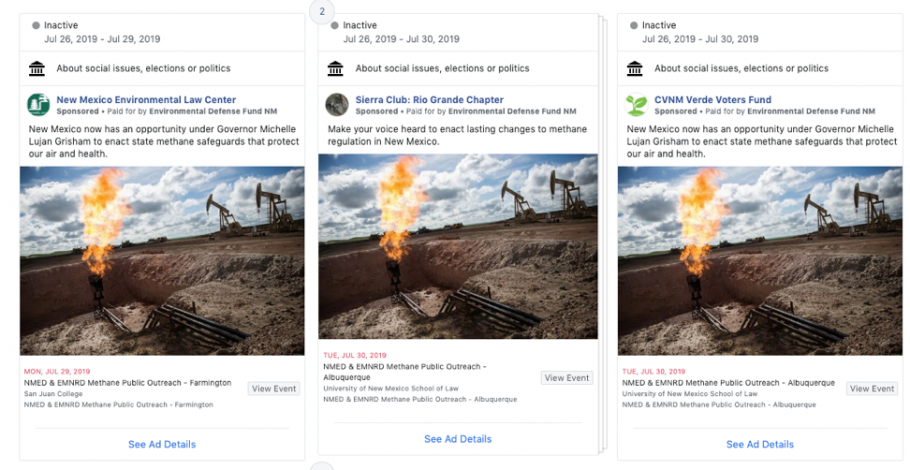 They want you to believe it’s New Mexicans who want excessive new rules around methane. In reality, it looks like a single group is spending all the money to put up a digital astroturf front.

In July, the Environmental Defense Fund (EDF) was found running digital ads targeted at New Mexicans around imposing new rules for methane in the state. Despite the fact EPA data shows methane levels in New Mexico are dramatically falling without restrictive government rules, EDF needs to continue to push their agenda.

Prior to several state hearings on the new methane rules, New Mexicans on social media were treated to the ads pushing the agenda from the eco-left. The ads themselves aren’t noteworthy except that it appears a single out-of-state eco-group is footing the bill. 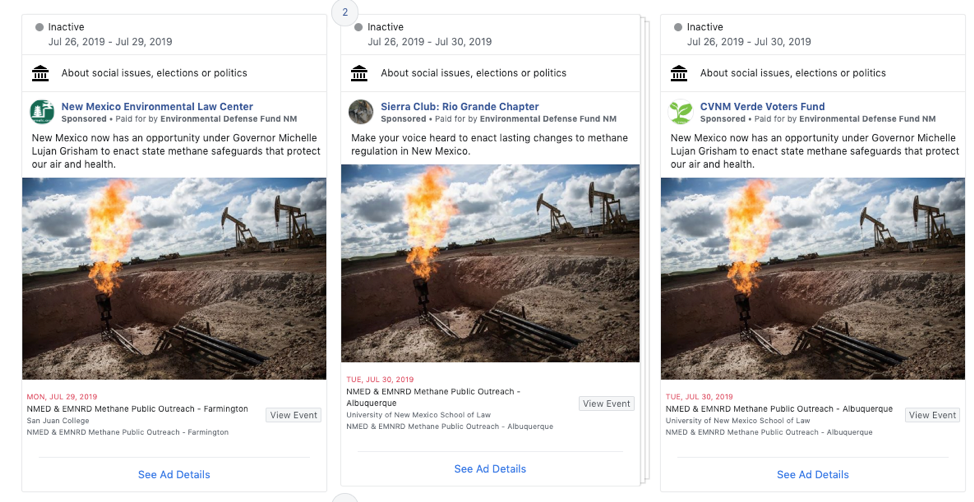 You’ll notice in just this small sample of ads that it is EDF who is picking up the tab for several New Mexico eco-groups. The purpose is clear: the EDF wants New Mexicans to believe their radical position has broad support when in reality it’s their out-of-state donors who are financing the agenda.

Fortunately, New Mexicans have turned out in large numbers in support of the state’s energy jobs. It appears they can see through the EDF’s green astroturf.