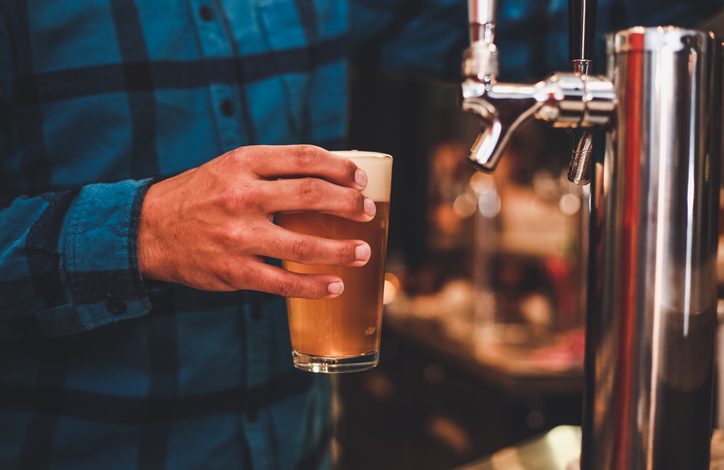 Colorado is known for its thriving beer culture. That’s why it’s no surprise that one Colorado company celebrated the state’s popular former governor with a beer of his own.

The Post Brewing Co, a beer and restaurant chain in Colorado, created the “Hickenlooper American Ale.” For one eco-extremist group, this was a step too far.

This eco-group is so extreme that they want an outright ban on fracking in the state.

John Hickenlooper is a rare breed on the left as someone who has charted a reasonable path on energy and environmental policy. As Governor of Colorado, Hickenlooper supported smart energy policies, helping Colorado become the fifth largest oil and gas producing state in the country. As a former geologist who once drank fracking fluid to prove its safety, Hickenlooper understands the science behind energy extraction and the modern technologies that make it safe. He has even come out against the Green New Deal.

But reasonable energy policy has no place in Colorado, according to this eco-group.

After pressure from East Boulder County United, The Post Brewing Co’s owner said they “made a mistake,” apologized and discontinued the Hickenlooper Ale.

It’s notable that the owner himself had to respond, but the eco-group itself didn’t put a name behind its attack. It’s funny how the eco-group gets to remain an anonymous collective.

Will East Boulder County United swear off the hundreds of millions in additional state funding generated by fracking? Will they not let their children take advantage of the additional education funds? Will they avoid all the roads and infrastructure paid for by fracking revenue? Will they volunteer to pay the higher utility prices that are currently cheaper because of fracking?

Setting aside the eco-extremists’ bad policies, their uproar sadly caused the brewery to stop offering the beer. Talk about a buzzkill.