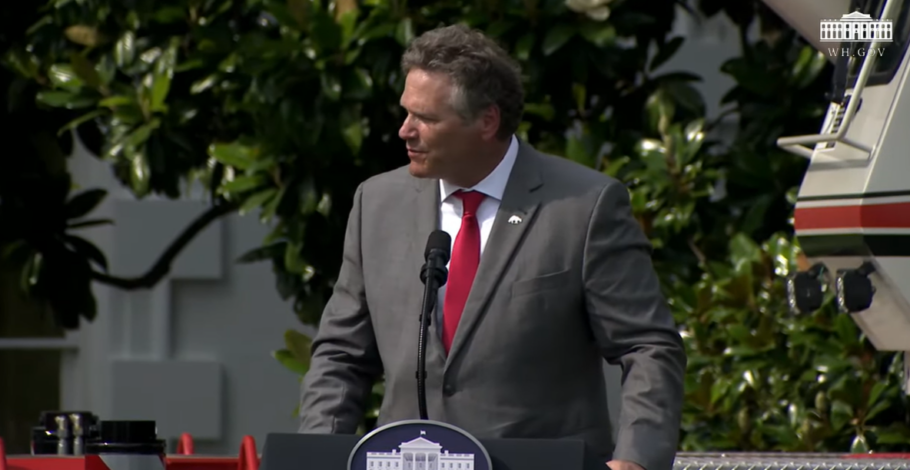 Alaska’s Governor Dunleavy and President Trump have a close relationship.  Dunleavy is a regular guest on Air Force One when the President’s travels have him refueling in Anchorage, and Dunleavy spoke at a Rose Garden event earlier this summer at the President’s request.

But Dunleavy didn’t mince words when he recently spoke out against the politics surrounding Alaska’s Pebble project, noting the President and his son have “slightly different ideas on development.”

The Washington Examiner’s story on the politics surrounding Pebble stated Dunleavy has been surprised by the vigorous opposition from prominent conservatives such as Trump Jr. to the project, which would be the largest gold and copper mine in North America.  He further noted:

The Pebble project is in its last stages of federal permitting, with a Record of Decision (RoD)due out before the November elections.  A recent letter from the Army Corps of Engineers, modifying the terms of wetlands mitigation, gave the mine’s opponents hope that the mine wouldn’t be able to meet the new, stricter measures.  However, Pebble’s leadership has said the requirements can and will be met, and they expect the Corps to receive the revised mitigation plan within weeks.

Once the RoD is issued, the State of Alaska and Pebble will begin the process of permitting the gold, copper, molybdenum and rhenium mine, which is located on state land.  That process is expected to take between two and three years.

Power The Future has been an outspoken advocate for the Pebble project, as it would bring 1,000 full-time, six-figure-average jobs to a region of Alaska with some of the highest unemployment in the country.  It would also allow for American mineral development, rather than needing to import the vast majority of copper.  We are thrilled to see the Governor step out with conviction, and aggressively challenge the calls for the mine’s demise from Conservatives, who should – ultimately – know better than to weaken America’s energy economy.