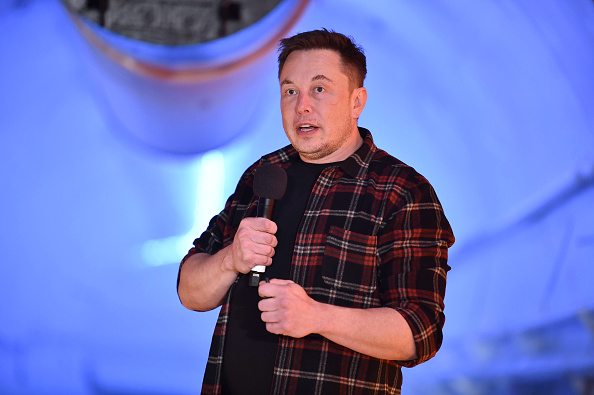 Elon Musk is having a rough week, with Tesla profits falling short of projects, it’s CFO retiring and Wall Street analysts casting doubt on the company.

It’s no surprise, then, that the media missed a major gaffe from the company’s eccentric billionaire CEO Elon Musk.

Musk supposedly believes humanity is on the brink of disaster because of global warming. He has said that his for-profit car company “exists to help reduce risk of catastrophic climate change” and that “humanity is faltering.” He says fossil fuels that have powered the greatest explosion of wealth and human flourishing in our species’ history is “an insane experiment.”

But Elon Musk has revealed himself to be yet another elite California billionaire who spouts environmentalist talking points while living a fabulous, carbon-intensive lifestyle.

This week, the Washington Post reported that Musk’s corporate jet “flew more than 150,000 miles last year, or more than six times around the Earth, as he raced between the outposts of his futuristic empire.”

Think about this for a second. A billionaire who espouses the danger of climate change flies 150,000 miles, emitting much more carbon dioxide than if he flew commercial…or used Skype.

It wasn’t all business. “Some of the flights were recreational getaways for Musk or his family, while others involved moving the plane from one side of Los Angeles to the other to help Musk shorten his commutes.”

There’s nothing wrong with Elon Musk living his life, earning wealth and running his businesses – but he should stop attacking the energy industry and dictating how we should live our lives if he won’t make sacrifices himself.