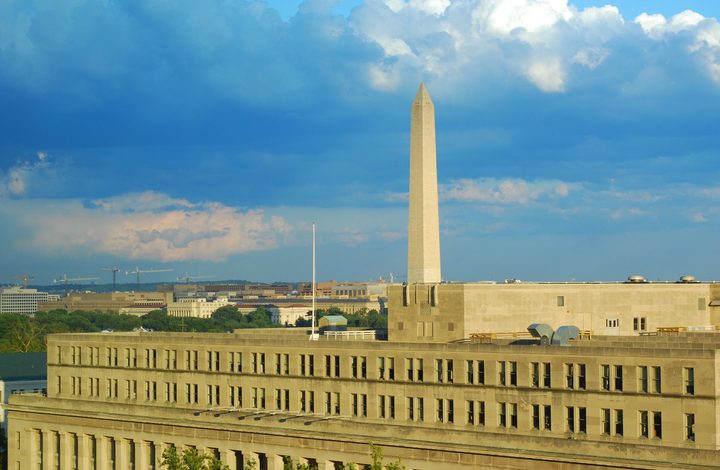 As the stalemate over federal government funding and how to keep Americans safe from illegal immigration enters its third week, environmental extremists are erupting over the Department of Interior doing one of the essential items it is tasked with implementing.

Environmental zealots are outraged that the Bureau of Land Management is moving ahead with public hearings on opening Alaska’s 1002 coastal plain inside of ANWR to drilling and development, even though many other activities of the Department are shut down.  They beat their collective heads against the wall of reason, wondering why national parks can have garbage overflowing and a lack of rangers, service areas and tourist shops closed, while these hearings continue.

The answer is simple: the people working through the shutdown to advance America’s energy priorities in Alaska are paid for by fees associated with the very jobs and processes they’re currently working on.

Keeping national parks’ garbage cans clean?  Not a task that is directly covered by fees.

Cleaning public-use restrooms at national monuments?  Not a task that is directly covered by fees. Having rangers patrol campsites at night? Also not covered directly by fees.

Opening the 1002 portion of ANWR to responsible oil and gas exploration is a national energy priority, and moving that process forward is the right thing to do, especially since the costs are paid for.

You may not realize it, but the worldwide energy landscape is changing for the better because the United States is stepping up with increased production and innovation. In December, America made history to become a net exporter of oil and refined fuels for the first time in decades. It was a “milestone,” as the Wall Street Journal called it. U.S. shale production has also become a “juggernaut” in recent years, helping us smash oil production expectations in 2018.

These welcome developments both lower prices at the pump and make us less dependent on foreign oil from dangerous areas like the Middle East. It is imperative that America does not rest on its laurels, for both the sake of our economy and national security.

To those environmental extremists protesting these actions?  Use that pent-up anger usefully. If they care so much about cleaning up parks amidst the shutdown, there’s nothing stopping them from grabbing a garbage bag.