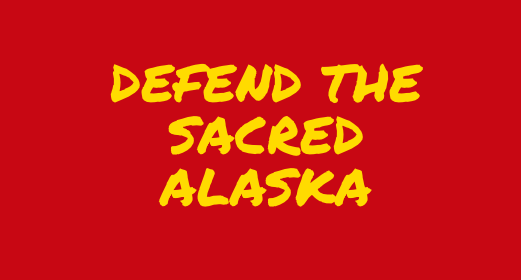 Defend The Sacred is an Alaska-based coalition of environmental activists. It is noteworthy for its extreme views on oil, mining, and even Alaskan statehood – positions that threaten to hurt Alaska’s economy and undermine job growth.

To Defend The Sacred, oil – the lifeblood of Alaska’s economy – is the enemy. On its website, Defend The Scared claims that it wants Alaska to move to a “post-oil economy.”

Defend the Sacred purportedly “envision[s] an Alaska that is guided by Indigenous knowledge and place-based knowledge in a post-oil economy.” Specifically, it has targeted efforts to drill in ANWR, and it opposes the Trump Administration’s efforts to allow oil and gas development in the region. Defend the Sacred has also distributed talking points for those who want to stop drilling in ANWR.

Oil and gas are critical to Alaska’s economy. The oil and gas industry is the state’s largest industry and is responsible for nearly a quarter of GDP, according to statistics cited by USA Today. In fact, the average salary in the industry is well over $200,000 – meaning that these are the kind of good-paying jobs Alaska needs.

The oil and gas not only directly supports the economy by providing jobs – it also funds Alaska’s annual dividend, the Alaska Permanent Fund, which pays out to every man, woman, and child in the state.

Copper is a key component in green energy technologies, such as solar, wind turbines, and electric vehicles, explains National Geographic. In fact, copper has been called “one of the best renewable resources” to help reduce carbon emissions. This is something the environmental left should support, not oppose.

Pebble Mine would also create major economic development. Experts estimate that it would bring in over $1 billion in revenue to the state and create thousands of jobs, in a region the Alaska Department of Labor and Workforce Development reports as having high unemployment.

To understand how extreme Defend The Sacred is, just look to their position on Alaska statehood. On their website, they don’t recognize Alaska as a state, instead saying that they “recognize Alaska as the unceded territory of 299 Alaska Native tribes.”

With extreme beliefs that would undermine Alaska’s economy and very existence as a U.S. state, Defend The Sacred represents the furthest fringes of the eco-left.