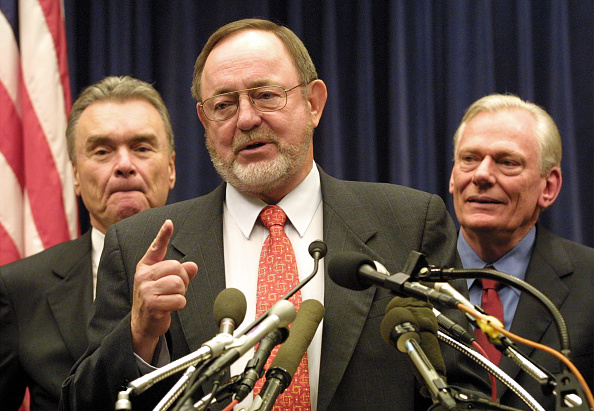 The Congressman has served the State since 1973, and has been in the forefront of some of Alaska’s greatest moments.  His record on responsible resource development is unmatched, and in late 2017, he – along with Senators Lisa Murkowski and Dan Sullivan – worked their collective magic and turned the dream of ANWR being open for oil and gas development into reality.

The Congressman’s words upon filing for re-election were poignant: “Next week, our nation pauses on the Fourth of July to recognize and honor the founding principles that helped make our country great: freedom, liberty, and independence. I know as well as anybody that these principles are alive and well in Alaska, but we need to make sure the voices of freedom-loving Alaskans are heard loud and clear in Washington. That is why today, I filed for another opportunity to represent Alaskans in the U.S. House of Representatives.”

Any candidate who challenges Don Young should have the same commitment to the men and women who power Alaska and power its future, protecting their jobs from green activists, and promoting the responsible development of natural resources – especially in ANWR.

Too many non-Alaskan elected officials want to dictate what our future looks like, and Power The Future hopes that our local, statewide and national elected officials – and their challengers – position Alaska’s current and future economic interests as paramount in their campaigns.