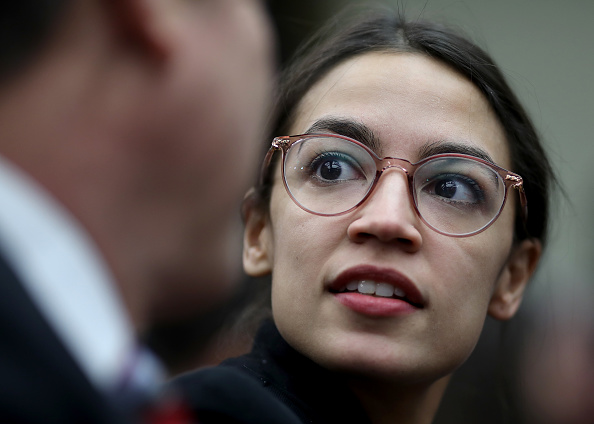 Even a cursory read of the “Green New Deal” would lead you to the conclusion that the “plan” was never really about protecting the climate at all.

Why would the so-called environmental plan include a government takeover of healthcare or provisions to pay people unwilling to work? What does a guaranteed job have to do with cutting carbon emissions? And why did proponents of the bill say nothing about carbon-free nuclear energy or expanding American exports of lower-carbon fuels like natural gas? Why did the plan call for “social, economic, racial, regional and gender-based justice and equality and cooperative and public ownership?”

It didn’t add up.

Now, Alexandria Ocasio-Cortez’s Chief of Staff has been caught red handed admitting what we’ve always known to be true: the “Green New Deal” isn’t about protecting the environment. It’s about forcing the American economy to transform away from capitalism toward socialism.

During an interview with the Washington Post, AOC’s Chief of Staff, Saikat Chakrabarti, revealed that, “The interesting thing about the Green New Deal, is it wasn’t originally a climate thing at all.”

Surprisingly, he flat out admitted his devious plan.

“We really think of it as a how-do-you-change-the-entire-economy thing,” he added.

We have known this all along, but it is quite something for AOC’s staff to finally admit it publicly. Thankfully, now that the plan is exposed, Americans can rally together to defeat this dangerous policy and find a path forward that protects energy workers and secures a smart, strong economic future.