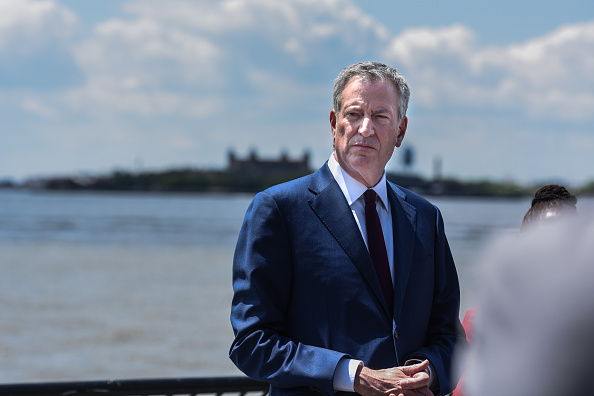 Another day, another 2020 candidate announces a run for president. This time, it’s New York City Mayor Bill de Blasio who is throwing his hat in the ring, despite few pleas for the not-particularly-popular mayor to do so.

So what sets de Blasio apart from the twenty-plus other candidates in the race?

To de Blasio, it’s that he will run as a “national progressive icon.” That’s a bold strategy to differentiate himself, since Bernie Sanders, Elizabeth Warren and a host of others would probably too call themselves progressive icons.

But if he’s going to run as an unabashed progressive, it’s worth delving into his record – is he really one? His record might say yes. But his personal life is a whole other matter.

The plan is patently ridiculous. It levies massive fines on landlords who don’t retrofit their buildings to reduce emissions. Buildings larger than 25,000 square feet would be required to reduce carbon emissions by 40 percent in just 11 years. You can imagine how this will raise home prices and construction costs. The real estate industry is seething.

But if Bill de Blasio is an environmentalist in public, he’s quite different in his personal life.

De Blasio has come under fire for spewing carbon emissions on a daily basis, traveling a “12-mile trek” from his government residence to the YMCA across town – all in his “motorcade of gas-guzzling SUVs.”

Just last month, de Blasio was questioned on Earth Day about his habit on Morning Joe. He defended it as “just part of my life.”

“What sort of environmentally responsible example are you setting there, taking this drive in a car as opposed to going to someplace nearby?” asked an MSNBC political analyst.

“Let’s make clear, this is just a part of my life,” said de Blasio.

Just like the other New York City mayor turned environmentalist, billionaire Michael Bloomberg, de Blasio lives one way and tells the rest of us to live another.