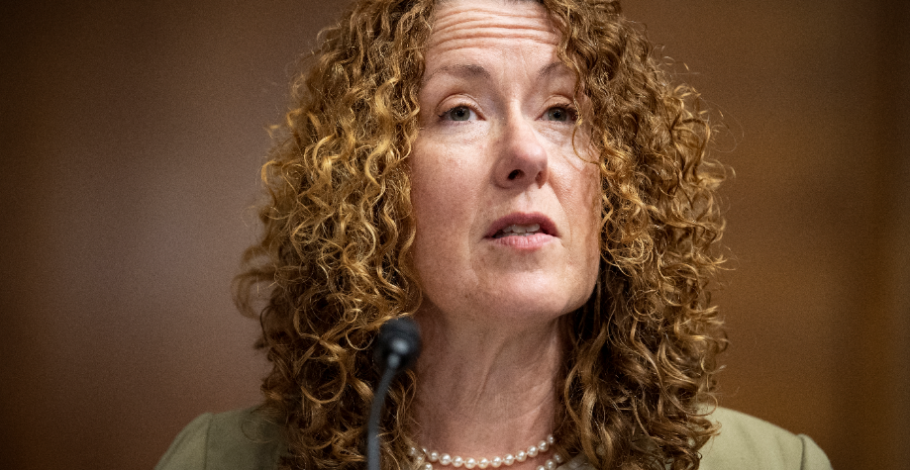 Stone-Manning was involved with the eco-terrorist group “Earth First!” while at graduate school at the University of Montana. In 2002, Earth First! was labeled a “radical group” by the FBI, and gave rise to the Earth Liberation Front (ELF), which was described as a “serious terrorist threat” by the FBI in the early 2000s.

You can see why Biden’s pick to run BLM is questionable considering her deep ties to Earth First!, an organization with extensive connections to ecological terrorist movements all over the world. The Federalist reports on Stone-Manning’s direct involvement with eco-terrorists:

Back in 1989, Stone-Manning directly supported the terrorist group’s tree-spiking activities. Tree spiking involves driving spikes or nails into the trunks of trees before they are cut down. The spikes can splinter upon impact with a logger’s chainsaw or a sawmill blade, sending out shards of flying metal. The aim is to maim or kill lumber industry workers, or damage equipment.

Tree-spiking is a felony in many states across the country, including Oregon, Washington, Indiana, and Maine. Stone-Manning partook in one of these sabotages in 1989 by helping send an anonymous letter to the U.S. Forest Service, threatening “a total of five hundred pounds of spikes measuring 8 to 10 inches” awaited loggers in an Idaho forest where a cutting project was to take place.

The letter wasn’t meant to help forest officials identify spiked trees. Its purpose was to dissuade them from cutting any trees, fearing some were booby-trapped. The letter warned “a lot of people could get hurt” if “you bastards” go ahead with the logging project — obviously a threat, not a helpful heads-up. Stone-Manning wasn’t a whistleblower but a plot participant, who only escaped prosecution by rolling over on her former friend.

Stone-Manning denied ever having been the target of a federal investigation on a questionnaire submitted to the Senate Committee on Energy and Natural Resources, when the FBI and the Forest Service did indeed investigate her in the tree-spiking case.

Senator John Barrasso (R-WY) said, “It’s clear that Ms. Stone-Manning was intentionally trying to deceive the Senate Committee on Energy and Natural Resources. She told the committee she had never been the subject of an investigation and yet complained about being investigated in the press. President Biden should withdraw her nomination.”

Senator Barrasso is not the only Member speaking out against Stone-Manning’s nomination. Senator Dan Sullivan (R-AK) said in a floor speech calling on Biden to rethink the appointment, “No matter how young, no matter how naive, the director of the Bureau of Land Management for the United States of America should not — and I repeat, should not — have ever been involved in eco-terrorism.”

Even former President Barack Obama’s BLM director, Bob Abbey, retracted his endorsement of Stone-Manning’s nomination after her domestic terrorist past came to light. Abbey stated, “The fact that she stood by and allowed this criminal action to take place could have resulted in critical injuries or worse to career public servants who were just performing their duties.”

The Biden White House so far is sticking by the nominee. This raises even more alarms around this administration and their support of left-wing extremism – and now domestic terror. We hope the Biden White House comes to their senses and withdraws her nomination, rightfully denouncing eco-terrorism rather than rewarding it.