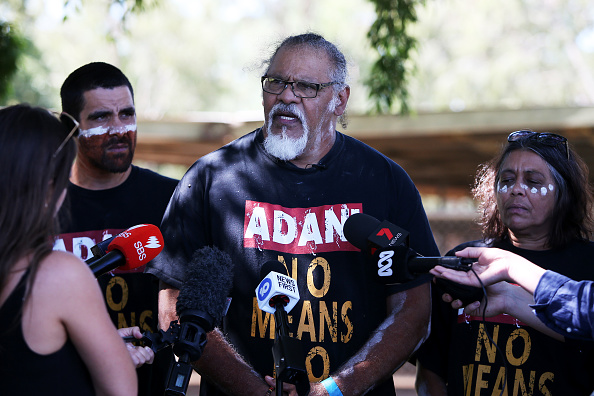 Eco-protests are doing their best to stall new job opportunities and slow down economic growth across the world. In London, they’ve been gluing themselves to train cars and shutting down the city. In America, we’ve seen protestors sit in trees and violate the law to disrupt the development of needed pipelines.

And now in Australia, we’re seeing protesters bussed into a rural town of 3,000 people in order to protest the development of a coal mine that would bring thousands of new jobs to the area.

Only this time, the locals fought back.

Over the weekend, the “Bob Brown Foundation,” an Australian eco-activist group, brought a “convoy” of activists to protest the development of a coal mine near the town of Clermont.

Clermont’s residents were not having it.

As Queensland Country Life reports, “The town’s three pubs refused to serve the visitors and a sign was hung from a hotel which read, ‘go home and turn off your power and walk.’”

Another sign read, “‘Stop Adani’ protesters, you may have travelled far and wide but you won’t get food inside.”

These eco-activists got to this town via gasoline. Now they want food and hotel accommodations powered by electricity?  This is the typical hypocrisy we get from eco-activists. They use modern technology and benefit from conventional energy, yet never seem to appreciate it.

It’s good to see local communities fighting back against eco-extremists. Let’s hope people continue to stand up to outside activists seeking to destroy their way of life.

Coal
Eco-Extremists
Back to Blog Posts