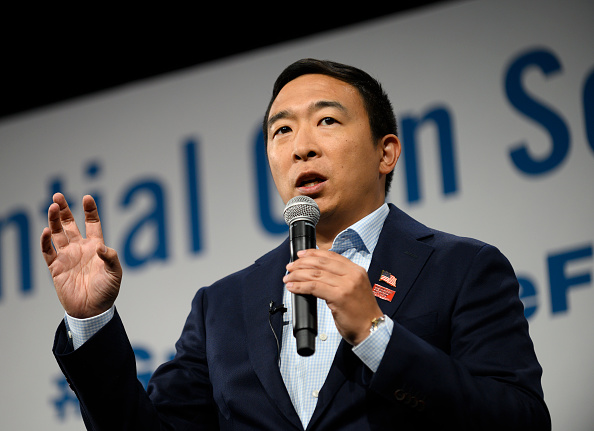 Last week, we told you how Senator Bernie Sanders rolled out the most extreme eco-plan proposed by any of the 2020 candidates, a $16 trillion climate plan that would decimate the U.S. economy. The plan was so radical that even members of the left gave it low marks.

Just this morning, the Washington Post Editorial Board joined the fray, slamming Sanders’ plan as “wrongheaded” and intended for “left-wing ideologues.” The entire editorial board opinion is quite a doozy, and we suggest you read it here.

But Sanders isn’t the only one trying to capitalize on the climate as a political issue. This morning, 2020 candidate Andrew Yang released his own climate plan. And while it’s still extreme, and would likely devastate the U.S. economy, it’s more grounded in reality than Bernie’s.

Yang’s plan includes a host of measures that would undermine American energy independence and hurt job growth as well as working families. Like Bernie, Yang would end oil and gas leases on public lands – a policy that would undermine America’s energy miracle and slash natural gas and oil output, limiting America’s capability to compete with countries like Saudi Arabia and Russia on the world market. Areas like the Permian Basin in New Mexico and Texas would come under fire.

Yang would also “prevent further investment” in pipelines. As we’ve seen in New York under Governor Andrew Cuomo, such a policy results in natural gas shortages, moratoriums, and even the importation of fuels from foreign countries like Russia. Consumers demand cheap, reliable natural gas, and it’s better we fulfill that demand with abundant American energy rather than ship from abroad. How much CO2 do international gas tankers release?

To make matters worse, Yang would raise a bevy of taxes, which would make it harder for working families to get by. First, he promises a series of ever-increasing carbon taxes. Fuel, food, and everyday goods would instantly become more expensive. That hits low-income families the hardest. But Yang goes further. He’d also “charge a fee on imports from countries that don’t impose a similar carbon fee.” In other words, he’d make Americans pay higher taxes on a multitude of imported goods. Under Yang’s plan, there’s simply no way to escape the government’s tax clutches.

That said, Yang’s plan is more grounded in reality than some far-left eco plans. For instance, he recognizes nuclear energy as a potent source of carbon-free power. Alexandria Ocasio-Cortez and Bernie Sanders would like to pretend that nuclear doesn’t exist. Yang also takes aim at the eco-left’s wishes to ban air travel. He correctly recognizes that “no current technology exists that would produce a fleet of planes that could serve all Americans completely emission free.”

Andrew Yang’s plan would do great damage to America’s economy, and while it is a bit better than the most radical plans, the lives of regular Americans seem to be low on the priority list for these leftists.