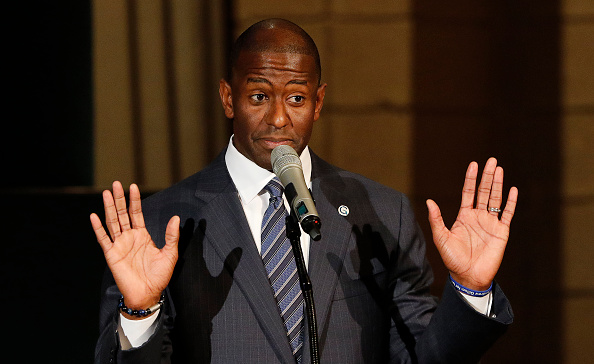 Floridians received a wave of relief over the weekend after liberal Andrew Gillum finally conceded the Florida governor’s race to Ron DeSantis, ending weeks of uncertainty about the outcome of the election. While Gillum is the official loser in the governor’s race, the real loser of the election is Gillum’s top ally, liberal billionaire Tom Steyer.

During the primary, Steyer used his environmental political organization, NextGen America, to boost Gillum’s flailing campaign with millions, allowing Gillum to prevail ahead of more established Democrats with better chances of winning a general election. Steyer cherry picked a candidate that shared his extreme environmental stances, a move that artificially inflated Gillum. Even worse, moderate Floridians wanted no part of an environmental extremists at the helm.

Without Steyer, you don’t have nominee Gillum, and you don’t have a scandal-plagued Democrat nominee under a cloud of FBI scrutiny that is too-liberal and radical for Florida. During his campaign, Gillum embraced the “abolish ICE” movement and pushed to hike taxes by a billion dollars. Gillum wanted to entirely wipe out the oil and gas industry, and was committed to achieving 100 percent renewables. He also supported a moratorium on new fossil fuel infrastructure such as fracked gas power plants and pipelines.

Steyer told reporters he “liked Gillum” because “he’s been a climate champion.”

After funneling over $14 million in cash to support Gillum, Steyer came up short, and it wasn’t his only major loss this election. Steyer gave $123 million this midterm cycle, much of it going to fund radical environmental initiatives across the country. Despite all this, his side took heavy losses. Washington State voters defeated a proposed carbon tax, and Coloradans roundly rejected a proposition to curb fracking in the state. A renewable energy ballot measure in Arizona failed by 15 points.

From Andrew Gillum to green ballot initiatives, Tom Steyer made big bets this election, and lost pretty much across the board.

While the media will cover Gillum’s loss today, really Steyer is the biggest loser in Florida, and the rest of the country.