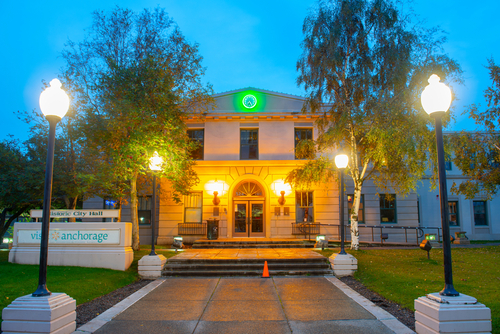 The past six years, the Municipality of Anchorage was led by two mayors (one elected, one selected after a sexting scandal brought down the first) who were beholden to – among other groups – the numerous eco-left groups that call Anchorage home.

Because of those groups’ undue influence on the administrations, decisions were made around climate and energy policy that grew government, decreased consumer choice and added costs to the city budget, ultimately impacting taxpayers’ wallets.

One of the most egregious acts by the elected mayor was to unveil a comprehensive “Climate Action Plan” that includes a laundry list of overly-aggressive policy plans to decarbonize the city.  Implementing those – especially given incredibly aggressive timelines found in the plan – would cost Anchorage taxpayers much more than the potential benefits would bring.

But, as of today, Anchorage has a new mayor.  Dave Bronson, a veteran and retired commercial pilot, whose ascension to City Hall was driven in part by citizen outrage over crime, homelessness and economy-killing COVID-19 responses, took his oath of office this morning.

Here’s hoping that Mayor Bronson has immediate success in rejuvenating Anchorage, and that one of his team’s priorities is to review, and ultimately “recycle”, the job-killing, tax-increasing, cost-prohibitive “Climate Action Plan”.