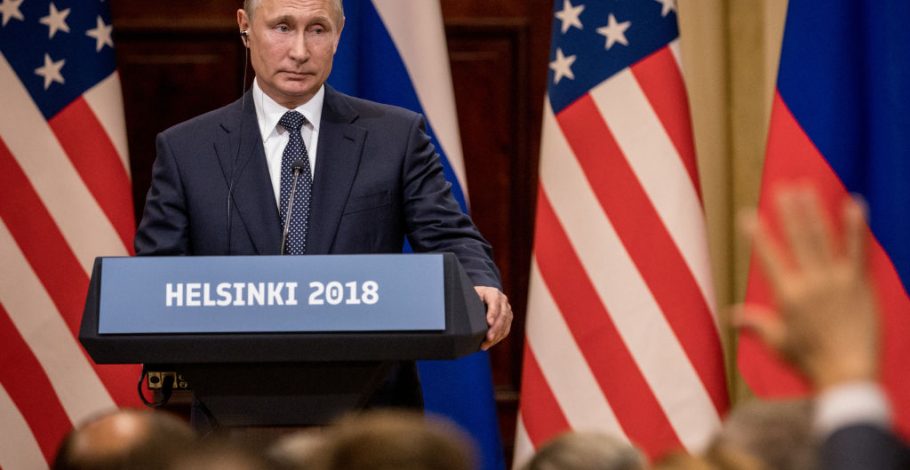 President Vladimir Putin said last month that Russia, which supplies almost half of Europe’s gas imports, would boost deliveries in a bid to stabilize the market, with prices high and reserves low ahead of the European winter.

Gas prices have soared in Europe in recent months due to low inventories and a recovery in demand as the economy rebounds from the pandemic. The price surge has taken a toll on energy-intensive industrial activity while consumers face a steep rise in energy bills as the winter heating season begins.

Because they’ve turned their back on reliable fossil fuels like natural gas, Europeans are now dependent on the whims of Putin to heat their homes and keep their economies intact. For Europe, this crisis may be about energy. But for Putin, this is an exercise in raw power:

The pipeline, which goes alongside an existing link and would double its capacity, would allow Moscow to bypass Ukraine and Poland, whose governments are critical of the Kremlin and of the pipeline project. Russian officials have said publicly that approval of the pipeline would help solve the crisis.

What Putin understands – and seems to have been lost on the Biden administration – is that having access to reliable and affordable energy is a source of strength. That is why Russia is prioritizing pipelines. At the same time, the Biden administration is trying to stop pipeline projects here in the United States seemingly without any concern about the geopolitical fallout.

On day one of his administration, President Biden stopped the Keystone XL pipeline. Just yesterday, we reported on how the Biden administration is now quietly studying the financial impacts of taking down the Line 5 Pipeline that runs from Wisconsin through Michigan to Canada. The fallout of these policies is the weakening of the United States. It’s an energy policy only Putin could love.