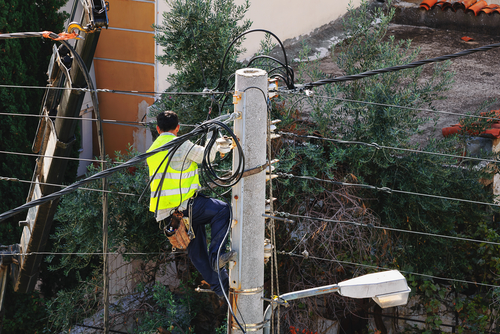 American energy workers continue to be the backbone of this country, working to keep lights on for American citizens no matter the obstacles. Thousands of utility workers are flocking to Louisiana as part of a massive effort to restore electricity following Hurricane Ida.

The storm wreaked havoc on Louisiana’s energy infrastructure this week. High-voltage transmission lines that serve as the main arteries carrying electricity throughout the state and countless transformers and utility poles that distribute power through neighborhoods were damaged.

As many as 25,000 workers from 38 states and Washington, D.C., are expected to help with the recovery effort in Louisiana this week, according to the Edison Electric Institute, an industry group of investor-owned utilities, and Entergy, which delivers electricity to 3 million customers in Louisiana, Arkansas, Mississippi and Texas.

Entergy’s transmission system bore extensive damage, with 207 lines traversing more than 2,000 miles out of commission immediately after the storm. A number of towers were seriously damaged, some to the point of collapse. Crews have discovered damage to 5,800 poles and about 1,400 transformers.

Entergy said it had restored power to about 167,000 customers in Louisiana and Mississippi by Thursday morning, but its task remained daunting: More than 594,000 customers in Louisiana, and around 19,500 in Mississippi, remained without electricity. The company said it expected most of the Baton Rouge area to have power by next Wednesday, but didn’t provide an estimate for New Orleans, where most remained without electricity.

Southern Chief Executive Tom Fanning explained, “When you get big transmission structures down, that’s complex to get back up in the air,” he said. “That is a really big effort and can take weeks if you’re not ready to go.”

Luckily the hard-working men and women who make up our energy industry answered Louisiana’s calls and are working tirelessly to regain power in the state. Just like with the Covid-19 pandemic, American energy workers step up to keep lights on for American citizens. This should serve as a reminder for how vital America’s energy industry is and how important reliable and affordable energy is.