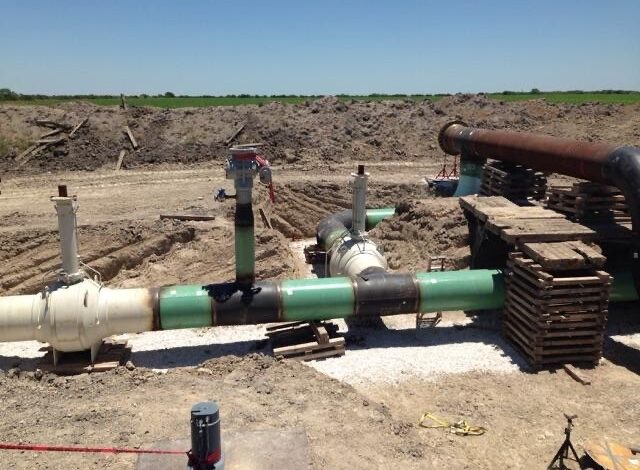 Yesterday, an 18-wheeler crashed into a train carrying various chemicals and fuel, causing a fire that is likely to burn throughout the week. Thankfully no one was injured during this crash. Still, a farm was burned to the ground, several houses were immediately evacuated, and a few Texans will be displaced from their homes for several days as crews work to put out the fire.

The first 11 cars of the train were filled with gasoline, coal and petroleum products, causing the initial explosion and fueling a fire that was still burning Tuesday evening, White said.

This very well may be the first time you are hearing about this news, as many mainstream media outlets are not covering what should be a major news story. The obvious conclusion to this accident may be the cause of this silence – pipelines are the safest means of transporting fuel products.

We need to invest in and build secure pipelines for America. We could take a page from our friends up north, as Canada transports 97% of their natural gas and petroleum products with pipelines. A 2017 study by Karen Clay, a professor of economics and public policy at Carnegie Mellon University, covered the impacts of both pipeline and rail transportation of fuel products. Energy News Networks reports on the study:

Given that pipelines result in far fewer public health impacts than rail, Clay also advocates the possibility of shipping other petroleum-related compounds like butane, propane and ethanol by pipeline, rather than train.

Many have been expressing a variety of concerns about President Biden halting the Keystone XL Pipeline project, and this is one of the unfortunate possible consequences. America needs energy – California and Texas are clear examples of that – and we need to be investing in the safest means of transporting oil and natural gas, not cancelling projects and discouraging a crucial industry.