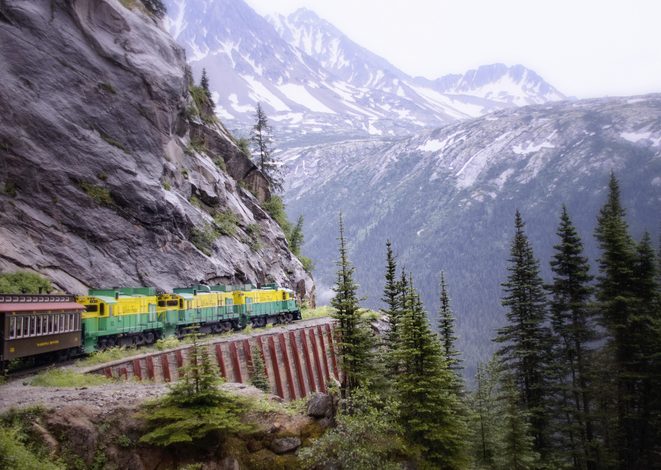 Power The Future’s Alaska State Director, Rick Whitbeck, recently saw a presentation on a $17 billion megaproject that piqued his interest.

The Alberta to Alaska Railway is the vision of a development company that hopes to design, permit, build and manage a railway from northern Alberta to Alaska tidewater. Per its website, the route “will allow transportation of commodities, people and data both inland and around the globe, connecting North America to the world marketplace.”

Recently, there has been a great deal of controversy in Canada related to bringing oil and gas from Alberta and elsewhere to refineries and ports for export. From Canadian first nations protesting the use of – and access through – their lands for pipelines and roads, to extremist organizations’ activities hindering the flow of developed materials, getting Canada’s oil and gas to market has been tough.

The Alberta to Alaska Railway’s mission statement shows it’s going about it differently:

Our mission is to partner with Indigenous communities to design, build, and operate a modern railway that links Alaska and northern Canada to create a new gateway for transportation and economic growth, within and across our borders.

The Alaska State Legislature is currently debating Senate Joint Resolution 11, which would urge the United States Secretary of State to issue a Presidential permit authorizing a railroad crossing of the Alaska-Canada border from state land into Yukon, Canada, as well as supporting the goals of the Alberta to Alaska Railway.

Power The Future believes responsibly-done resource development, whether in the US, Canada, or elsewhere, should have an ability to get product to market, without the hindrance of government regulation and/or environmental extremism. If the Alberta to Alaska Railway were to be built, it would not only allow for marketing and production of Alberta-based oil and gas, but would also benefit Alaska’s economy. We’ll be keeping an eye on this project, and will update our readers as the project continues.