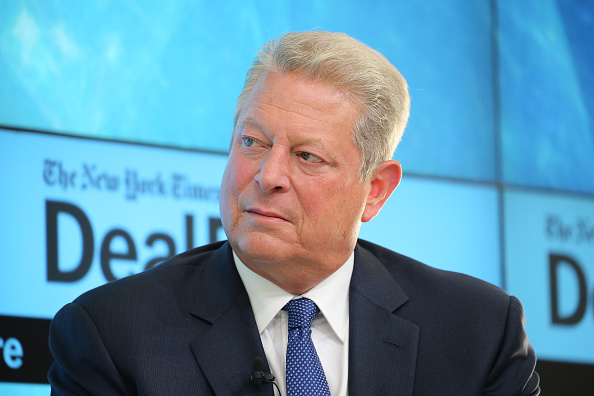 Al Gore found himself back in the news this week when, inexplicably, he decided that climate change and the 9/11 terrorist attacks made for an appropriate comparison. While deplorable, these tactics should surprise no one. Explosive statements and unsubstantiated claims have become core to the environmental left’s efforts to influence global politics.

As the Washington Times reports, the former Vice President’s most recent baseless claim came at the World Economic Forum in Davos, Switzerland:

‘The burden to act that is on the shoulders of the generation of people alive today is a challenge to our moral imagination, but this is Thermopylae,’ Mr. Gore said. ‘This is Agincourt. This is the Battle of the Bulge. This is Dunkirk. This is 9/11. We have to rise to this occasion.’

By invoking some of the most famous battles in history and comparing them to climate change, Gore is not only delegitimizing himself, but also disparaging the sacrifices of all the brave men and women involved in said conflicts. It seems nothing is sacred when it comes to promoting political narratives.

Ken Webster Jr., radio host at KPRC-AM in Houston, said that 16,000 French soldiers and 1,000 British soldiers died during the evacuation of Dunkirk in 1940.

‘Imagine telling millions of people that a fraction of a degree higher in temperature is the equivalent of thousands of people dying in a giant explosion or a Nazi invasion,’ said Mr. Webster in a post.

Time and time again, climatologists and environmentalists have been wildly inaccurate when it comes to predicting the rate of global warming and its impact on the world. Once more, Al Gore and the eco-left have exaggerated and dramatized the details of climate change in an effort to push their political agendas. This time, they insulted brave men and women in the process.