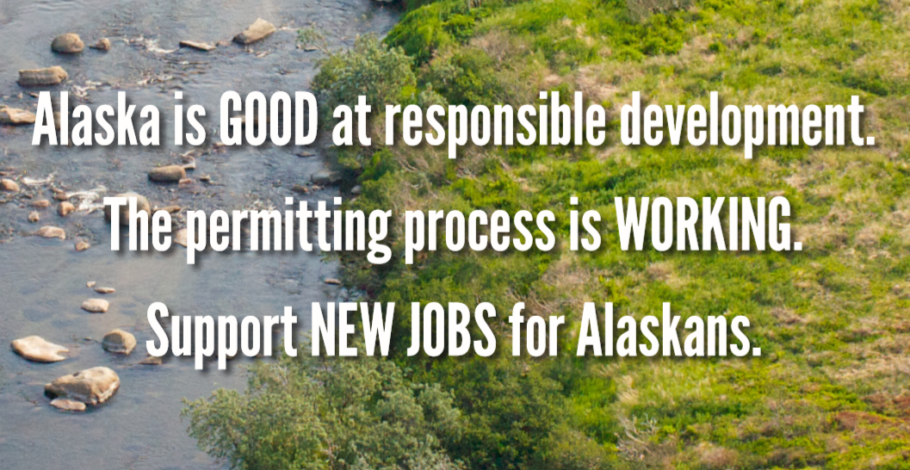 Competing full-page ads in the Anchorage Daily News these past two Sundays highlighted the differences between the anti-Pebble Mine crowd and the Pebble Partnership.

On May 10th, Trout Unlimited’s Alaska chapter – through its anti-Pebble organization, Save Bristol Bay – paid for an ad highlighting the alleged misdeeds of Alaska’s Governor, Michael J. Dunleavy, and his administration, in supporting the NEPA process that Pebble is in the middle of.

What caught Alaska State Director Rick Whitbeck’s eye wasn’t the list of actions that Save Bristol Bay say were egregious, but instead, the list of company logos associated with the ad.  The text says, in part, “…stand up for Alaska businesses and residents.”  How many of those companies listed are, indeed, Alaskan-owned?

A quick search of the logos revealed that over 30% had mailing addresses Outside.  They were:

So, we’ve established (once again!) that the Save Bristol Bay crowd can’t be trusted, and is using non-factual language, examples and even businesses to spread its feelings-over-facts message about Pebble’s effects on Bristol Bay’s fisheries.

By contrast, the full-page ad that ran on May 17th, paid for by Pebble, was simple in its design, but factual in its content.  Quoting from the Army Corps of Engineers’ findings in the draft Environmental Impact Statement (EIS), Pebble emphasized that their mine’s “impacts to returning salmon are not expected to be measurable in the Bristol Bay watershed”, before directing readers to a new website (RightMineRightTime.com) that lays out the facts and quotes directly from the EIS.

Power The Future continues to be unabashedly pro-Pebble.  We’ve traveled to the minesite, talked with people in the surrounding villages about the pros and cons of the development, and know from talking with them that they want Pebble to be built, as hundreds of local jobs could be created, at wages that would be life-changing to the region.

We’ll continue to point out the misinformation from Trout Unlimited, Save Bristol Bay and others, and encourage our followers to review the new website and decide for yourself on the mine.