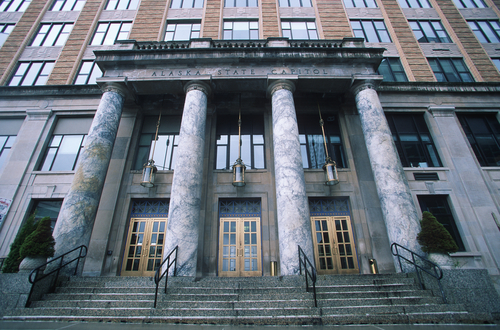 Let’s be clear: America doesn’t need to cede any more power, influence, or control to China.  We’ve already allowed the Communist Chinese to exert its manufacturing and supply-chain might over the world.  Giving it any more opportunity to expand its hold in the U.S. is bad news.

Alaska nearly made this mistake in 2017, all because of a misguided priority by then-Governor Bill Walker. His legacy as Alaska’s chief executive was forever tainted by a decision to bring the Chinese government in as a financial and strategic partner for an 800-mile liquified natural gas (LNG) pipeline.

Market economics made the $45 billion price-tag for the project impractical at best, but that didn’t deter the Governor, who was obsessed with finding a way to make it happen.  In November, 2017, he announced the State had entered into agreements for 75% of the funding.

The problem?  The funding was contingent upon partnering with Chinese government-owned Sinopec, the China Investment Corporation and the Bank of China.  In addition to giving away management control of the pipeline, it gave Sinopec a first-right-of-refusal for up to 75% of the LNG.

Most Alaskans were outraged, as were state legislators, who declared the remaining $11 billion in funding completely off-the-table. Walker was then trounced in the 2018 election, with new Governor Michael Dunleavy doing the right thing and terminating the agreement; thereby, protecting Alaska’s interest for a future date.

Contrast that giveaway by Walker with Virginia Governor Glenn Youngkin, who recently said “no” to a manufacturing plant in his state.  The plant, which would churn out EV batteries for Ford, could employ up to 2,600 people, and expand the “green” energy opportunities for area residents.  What wasn’t to love about that?

Well, for starters, the automaker’s business partner, China’s CATL, has long been known as a front organization for the Chinese Communist Party.

“Virginians can be confident that companies with known ties to the Chinese Communist Party won’t receive a leg up from the Commonwealth’s economic incentive packages,” Youngkin’s spokesperson said to the Washington Examiner. “When the potentially damaging effects of the deal were realized, the plant proposal never reached a final discussion stage.”