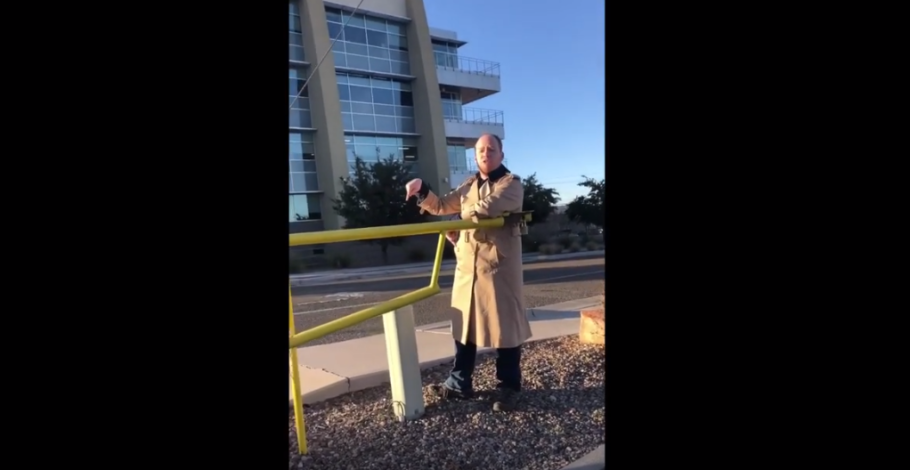 We didn’t know we wielded so much power!

Nonetheless, this must-see video shows a man confessing to stealing campaign signs in Albuquerque. Why? He says Power The Future made him do it!

Earlier this month, Albuquerque held a run-off election for a City Council position. On Election Day, workers for one of the campaigns allege they caught the man on video stealing the signs of one of the candidates. Local media picked up the story, but those same campaign workers also sent us the video where he took the opportunity to go after Power The Future.

The video yields a number of insights into the man’s thinking including saying he voted for the Governor of New Mexico, but he can’t seem to remember her name. Yet he can clearly remember Power The Future.

According to the report, police were contacted on the incident. No identity of the man is given.