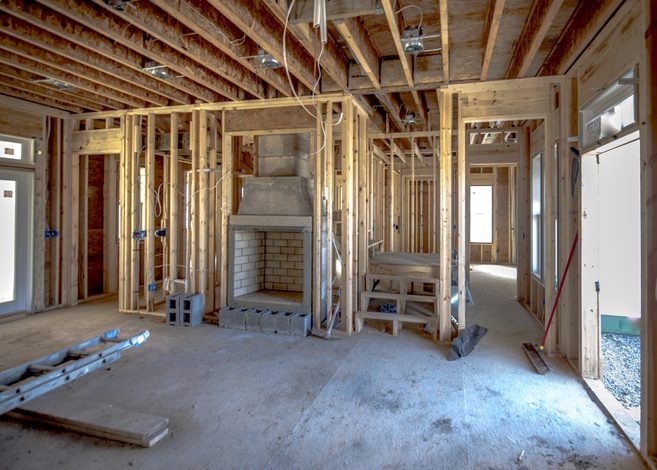 Much has been made of The Green New Deal (GND), House Resolution 109 introduced by first-term Representative Alexandria Ocasio-Cortez (D-NY) and veteran Senator Ed Markey (D-MA). Hundreds of essays have been written, thousands of letters to the editor have been penned, almost every TV and online pundit has chimed in with comments for and against the ideas expressed in the resolution itself and the (now-deleted) FAQ that Ocasio-Cortez’s office distributed prior to the GND’s release.

Taking the resolution at its face, with nothing but the words of the resolution itself to fall back on, a question can be asked:  What would the GND mean for Alaskans?

This series will take a look at the GND, and how it would impact the Alaska way of life.  Having previously covered the transition from fossil fuels, and the impacts on transportation, we’ll focus today on changes and retrofitting of buildings to meet “cleaner” energy use standards.

This is a ridiculous proposition, as it would require homeowners and businesses to eliminate commonly used appliances and heating/cooling methods including furnaces, water heaters, gas stoves and dryers – appliances typically powered by natural gas.

In fact, just replacing these appliances would cost a whopping $244 billion nationwide, according to the Consumer Energy Alliance. These costs don’t even include other Green New Deal mandates, like retrofitting homes to be more energy efficient.

These mandates will also raise the prices of new homes, putting home ownership – the American dream – out of reach for more Alaskans.

With Alaskans already facing higher-than-average housing and cost-of-living, coupled with the State having the worst unemployment in the United States, is it reasonable to expect Alaskans to foot the bill – with cash or low-interest loans – for homes that are already built to withstand arctic conditions?

Power The Future will continue to be a diligent voice for reasonable ways to protect the grandeur of Alaska, without jeopardizing Alaskan jobs, Alaskan opportunity, and the Alaskan way of life. The Green New Deal would be disastrous for our economy, crushing to our ability to develop our expansive resource base, and downright devastating to homeowners and their pocketbooks.