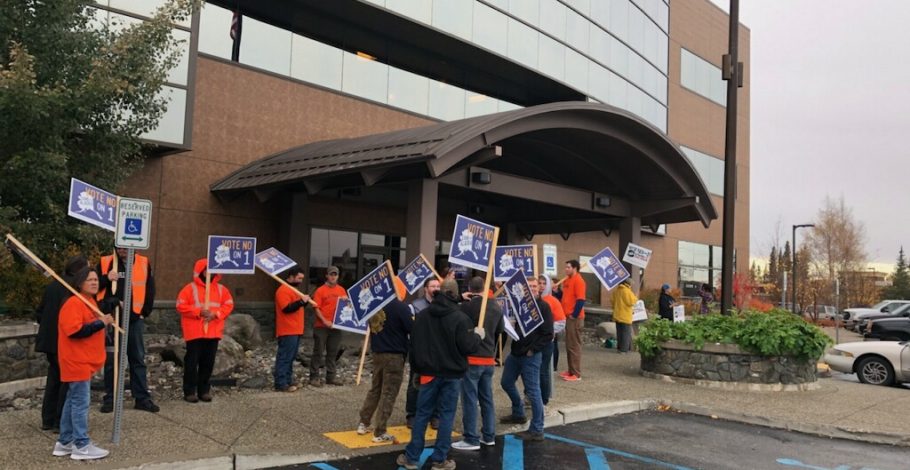 There is a problem with Alaska’s salmon population.  Numbers are down, and the industry, which is critical to the Alaskan people, is suffering.

That is not in dispute.

What is in dispute is why… and why is a much tougher question.  It requires analysis, investigation, and thoughtful, emotionless, responses.  The lead biologist for Alaska Fish and Game says “Most of the data suggests that the problem’s in the marine environment,” she said. “Freshwater systems are healthy, producing plenty of smolt and fry going out. It’s just that something’s going on in the ocean that we can’t control.”

So it begs the question why the response of the green groups in Alaska is, as per usual, to punish industry.  And that is what the green front group “Stand For Salmon” is doing.  At the first public hearing about Ballot Initiative 1 in Fairbanks, Alaska, Power The Future listened to many activists present testimony decrying oil, gas, coal, mining, the Koch Brothers, Supreme Court case “Citizens United”, multi-national corporations, and President Trump as the demanded Alaskans support the initiative.  Not one of them, not one, mentioned the aforementioned “why” of the Salmon population.

Remember, these are the same people who tell us to “believe in science”.

It doesn’t matter that two of the largest donors of Stand For Salmon are out of state ideological millionaires from Colorado and Florida. After all, people in America across the political spectrum are free to give to causes they believe in. But it does make us question whether they have Alaska’s best interests at heart.  The state is still in a recession, and though the national economy and the prospects of energy workers have improved greatly since 2017, Alaska has not had such success.  Energy production and mining are major economic drivers and employ thousands of people.  Why would green groups seek to crush the only industry that has been a bright spot for the 49th state’s economy?

Stand For Salmon is just another front group funded by ideologues and used to push a political agenda.  We see these tactics in New Mexico, Louisiana, Colorado, California, and so many states, and Power The Future is ready to stand with Alaskans- the many men and women who work across the state to power the future.

And stand for science, facts, and truth.