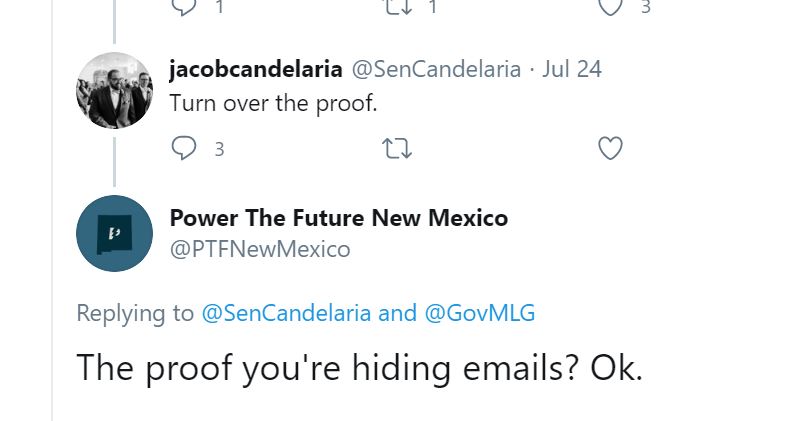 Last year, Sen. Candelaria was one of the sponsors of New Mexico’s controversial version of the Green New Deal. Dubbed the Energy Transition Act, it was later discovered the eco-left was given special access in crafting the law. So far, supporters of the law haven’t acknowledged the fact it will kill jobs and raise electric rates on working families.

That didn’t stop Sen. Candelaria from taking to Twitter last week to shout his continued support. What took place next is a social media exchange you have to see to believe.

When he couldn’t meme his way out of the exchange, the Senator condescendingly demanded Power The Future “turn over the proof” that he was hiding over 300 emails about the law. We provided the letter from New Mexico’s Legislative Council Service highlighting the fact they withheld the Senator’s emails, calling them “privileged and confidential.”