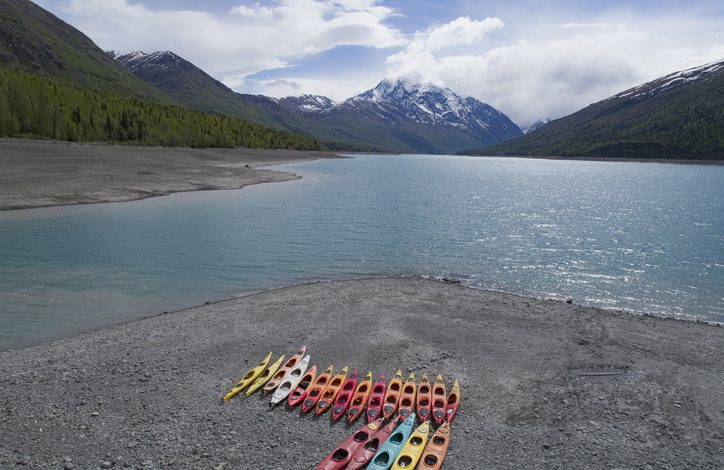 Last Friday, the Dunleavy administration held a press conference to announce it was asserting control over navigable waters throughout the state, through a program they are calling “Unlocking Alaska.” In the accompanying press release, they said:

After 62 years of federal delay and obstruction, the State of Alaska is asserting its management rights over the vast network of navigable waters and submerged lands it received at statehood and will move aggressively to promote their use and enjoyment to serve the interests of the Alaska people.

Building off of the two landmark Supreme Court decisions brought by Alaskan John Sturgeon, Dunleavy and his leadership team believe this is a logical next step.

In a frontier state like ours, control of the rivers and streams that serve as our commercial highways is essential to prosperity,” said the Governor. “Alaskans have been suffering under the federal yoke of neglect and administrative gridlock for decades. While federal agencies delay resolution, they continue to restrict use. These illegal federal restrictions on the use of state lands and waters must end.

Alaskans across the state have made it clear since Friday they enthusiastically support the State’s actions. Not only will it allow for increased recreational use, but it will also allow the State to move forward with responsible development projects with less federal delay and obstruction. For Alaskans concerned with how the Biden administration began those tactics on day one of its time in office, the State’s aggressive initiative is thrilling news.

Power The Future’s Alaska State Director, Rick Whitbeck, will be discussing “Unlocking Alaska” further on this week’s “Energy Hour” program. His guest will be DNR official Jim Walker. You can hear the conversation from 5:30-6:00 PM (Alaska time) on KVNT, which broadcasts throughout Southcentral Alaska on 1020 AM, 92.5 FM and online at 1020KVNT.com.