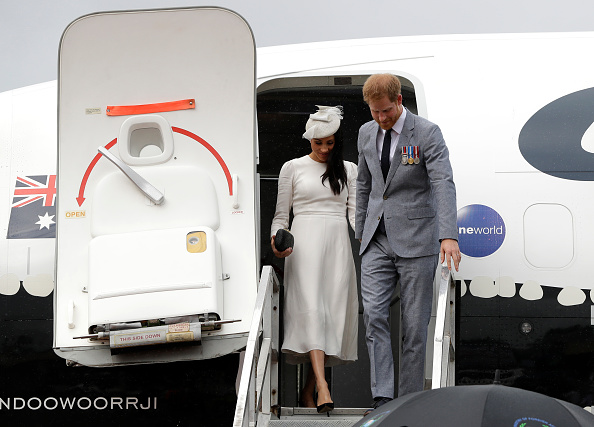 Prince Harry and Meghan Markle portray themselves as environmental activists, but like many well-to-do environmentalists, they don’t live their lives in accordance with their eco-dictates.

In July, Prince Harry “spoke out about the ‘terrifying’ effects of a coming climate catastrophe.” Just two weeks ago, he reportedly spoke at a conference about climate change.

On social media, Markle and Harry posted that there “is a ticking clock to protector our planet” and that we should “do our part” to save the planet. They explicitly attacked “fossil fuel emissions.”

“Every choice, every footprint, every action makes a difference,” they said.

Every action, it seems, but their own.

Markle and Prince Harry are now facing a firestorm of criticism for their jet-setting, carbon-spewing lifestyle.

The Sun reports that Markle and Harry “left a huge carbon footprint when they took a private Cessna jet to the South of France two days after their flight to Ibiza,” creating seven times more carbon emissions per person than if they had flown commercial. This is “their second European jaunt on a private plane this month.”

This is yet another classic example of so-called environmentalists living by one set of rules for them, and dictating another set of rules for the rest of us. We see it all the time from the elite, with eco-billionaires like Michael Bloomberg buying homes all around the world as they lecture us about carbon emissions.

It’s a clear-cut case of hypocrisy, and it’s right that Markle and Prince Harry have come under fire for it.

Before telling us how to live our lives, perhaps they should listen to their own advice.