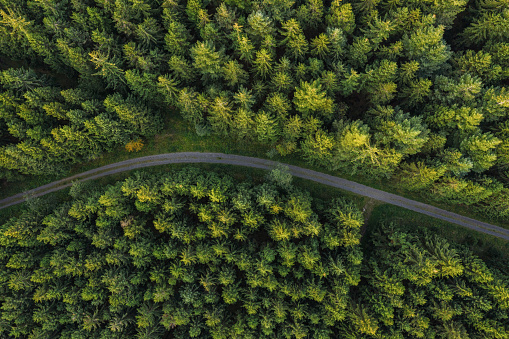 In the late 1980s and early 1990s, Power The Future’s Alaska State Director, Rick Whitbeck, attended college with a number of classmates from Southeast Alaska.  Many of them came from small towns and villages, scattered from Juneau to Prince of Wales Island.  Many came from families who made their living from logging activities.

Whether working in amongst the giant trees so plentiful in the area, or at one of the many mills that formed the economic centers of town, logging-related employment numbered over 4,600 in 1990.

Later that decade came the election of President Bill Clinton, a more rabid environmentalist movement, and a last-ditch effort to abolish logging in the Tongass National Forest.  The 2001 executive order that established the “Roadless Rule”, whereby no new roads could be built in national forests, effectively put the final nail in the employment coffin for many loggers in the area.

Thankfully, President Trump has taken an aggressive approach to reinvigorate responsible logging in many areas of the U.S., including Southeast Alaska.  By making changes to the “Roadless Rule” and opening a mere 1% of the Tongass National Forest to logging activities, there is hope that loggers – now numbering less than 400 in the state – can grow in number.

The rabid environmentalism that fueled the destruction of a once-mighty regional industry hasn’t gone away.  In fact, the anti-logging contingent plans to testify to Congress today that the “Roadless Rule” should remain intact.

Here is hoping that Congress allows for changes to the “Roadless Rule” so that logging can once again provide good-paying, sustainable and cornerstone-level jobs to those small Southeast Alaska communities.  Power The Future will keep an eye on this story, as we continue with our efforts in the Great Land to protect and grow jobs that help power Alaska, its people and its economy.