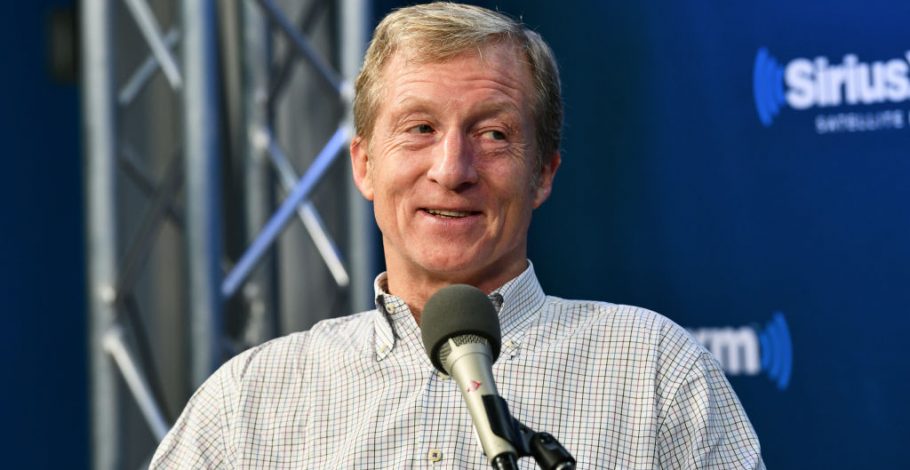 In January, billionaire and environmentalist extremist Tom Steyer declared that he would forgo a widely-expected 2020 bid for President, instead promising to funnel more cash to his political groups, NextGen America and Need to Impeach.

In May, Power The Future delved into NextGen America and exposed them as a Steyer front group intended to push his extreme eco-worldview. You can read our examination of the group here.

If you thought in January that you heard the last from Tom Steyer, it seems the billionaire has other plans.

This morning, multiple news outlets are reporting that Steyer is reconsidering his Presidential campaign, and now “has told people he plans to announce that he’s entering the race for the Democratic nomination.” An announcement could come as early as tomorrow.

If Steyer runs, expect environmental extremism to be at the forefront of his message. Steyer is reportedly discouraged that Washington Governor Jay Inslee’s climate-focused campaign “hasn’t taken off.” Dangerous eco-policies will likely be at the center of his policy wish list.

What many don’t know, though, is Steyer made much of his fortune from fossil fuels. While he was running Farallon Capital, Steyer “poured hundreds of millions of dollars into the coal industry across Asia,” boosting coal production by tens of millions of tons per year.

Since then, though, Steyer has destroyed countless jobs across America. We have catalogued the devastating effects of Steyer’s policies here.

tom steyer
Back to Blog Posts