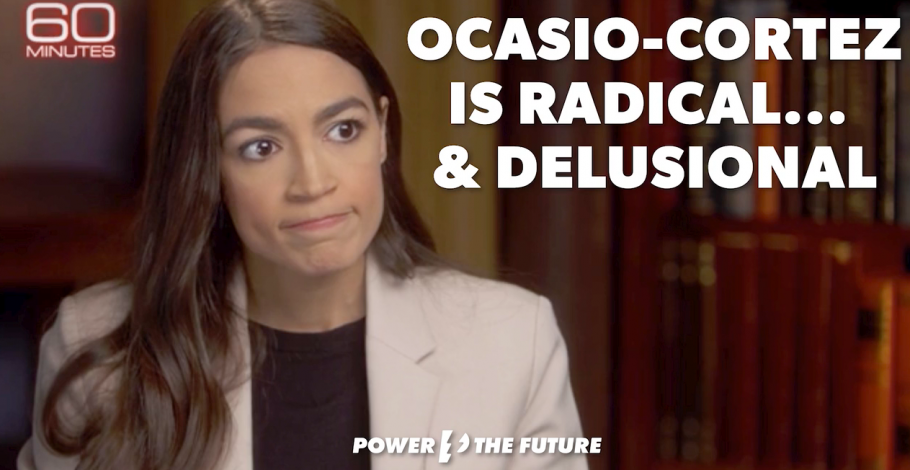 Over the weekend, freshman Rep. Alexandria Ocasio-Cortez was asked about how she’d pay for her “Green New Deal,” a series of extreme policy proposals she claims is necessary to combat climate change.

Anderson Cooper questioned how she’d pay for her plan, which includes massive new spending initiatives like a Bernie Sanders style-universal healthcare system and a basic income program. Her response? The federal government should increase the top income tax rate to 70 percent.

Ocasio-Cortez herself admits that this is a radical proposal. It’s also completely divorced from reality. A 70 percent tax rate would not come close to funding her “Green New Deal,” which reads as a laundry list of socialist spending proposals. Her tax rate hike would be a drop in the bucket.

This isn’t the first time Alexandria Ocasio-Cortez has made false claims and embarrassed herself on national television, but this time, she defended herself by justifying the lie, telling Anderson Cooper that, “there’s a lot of people more concerned about being precisely, factually, and semantically correct than about being morally right.”

That’s right. In Alexandria Ocasio-Cortez’s world, you can lie and make up facts as long as your cause – in this case, environmentalism – is just.

Politicians and pundits are rushing to endorse and debate the “Green New Deal,” often without proper facts and context. This is dangerous. We should not implement public policy based on a slogan.

Power The Future’s Executive Director Daniel Turner responded to Alexandria Ocasio-Cortez’s embarrassing 60 minutes interview in a series of videos check them out:

Ocasio-Cortez Is Dancing Around The Issues

Ocasio-Cortez Wants To Time Machine Back To The 60s

Ocasio-Cortez Should Put Her Money Where Her Mouth Is

Ocasio-Cortez Is Radical And Delusional