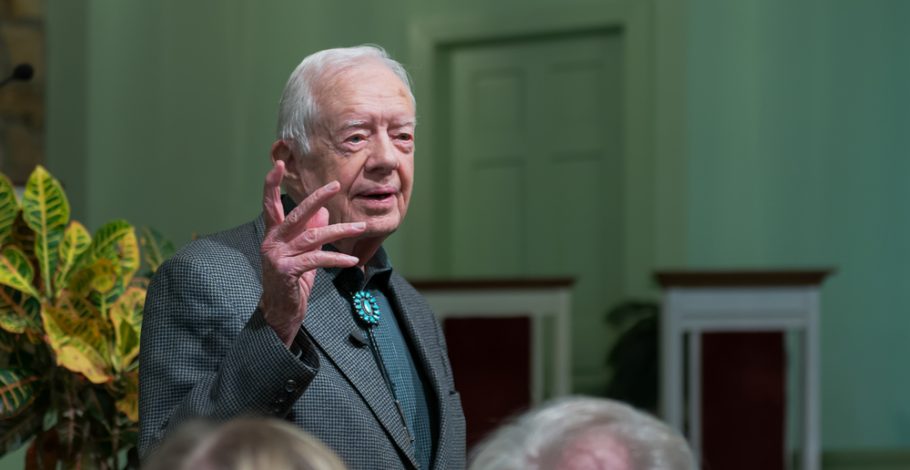 A man best known for peanuts, record inflation, the bungling of the Iran hostage situation and his work with Habitat for Humanity after his presidency is potentially setting a new low mark in a life full of them.

Former President Jimmy Carter recently rejoined the political world, chiming in on a life-saving project the Interior Department is examining in Alaska.  The village of King Cove doesn’t have an airport runway long enough to land larger planes used during medevac flights, so they must travel by boat to Cold Bay, which does have a suitable runway.  That crossing is treacherous in stormy weather, putting additional lives at risk.  The road has been backed by Alaska’s governors and Congressional delegation for nearly 20 years, but has yet to move forward, as environmental zealots have successfully fought the project on the grounds it will harm the surrounding Izembek National Wildlife Refuge.

Unfortunately for the villagers of King Cove, President Carter believes saving fowl, flora and fauna is more important than saving humans.  In what is a rare move for a former president, Carter filed a legal brief, supporting environmental groups in their effort to have a larger panel of the Ninth Circuit Court of Appeals rehear a case whose previous decision supported the road’s land swap of Refuge land for private and state land in the area.  He wrote that the earlier ruling by a three-judge panel “is not only deeply mistaken, it’s dangerous.”

Dangerous?  Significantly less dangerous than the threat to human lives in King Cove during medical emergencies.

Makes you wonder how radical his viewpoints might be – and how many lives he would endanger across America – if he was president now instead of 40-plus years ago.  The best-known resident of Plains, Georgia should enjoy retirement and live out his life away from politics, instead of putting additional King Cove residents in harm’s way with his inane, out-of-touch actions.