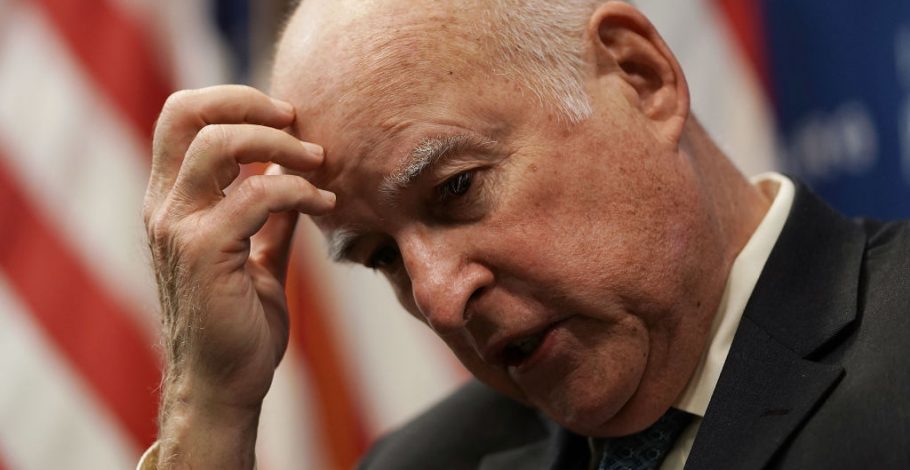 Two-term California Governor Jerry Brown is leaving office today, but as Politico notes, Brown seems more concerned with brandishing his environmentalist credentials than saying kind things about his own people.

In his parting interview with Politico, Brown was reportedly “not full of warm words about the native wisdom of the people: They strike him as scared, easily prone to distraction and cynical manipulation.”

That’s quite a thing to say about his constituents.

Instead, Brown is worried about climate change and that “the planet is hurtling toward catastrophe.”

Brown’s doom and gloom departing words are fitting, but not for the reason he thinks. The outgoing governor is leaving the people of California in a perilous position. High taxes and burdensome regulations are crushing the people of California, pricing families out of the state. His environmental policies have also been especially harmful. Late last year, California gas prices approached a whopping $4 per gallon, making the state the worst for drivers in the nation.

Under Jerry Brown, California began mandating that all new single-family homes be outfitted with expensive solar panels, adding $10,000 to the cost of a new home. As Forbes points out, California already has the second-most-expensive homes in the entire country, and the state is facing a homelessness crisis. This new green mandate exacerbates both these problems and hits California families who are already migrating elsewhere for lower cost of living.

It gets worse. The solar panel mandate is also expected to raise California’s energy rates even higher by shifting costs to non-solar customers. To put it plainly, the more people that switch to solar, the higher costs get for those that don’t switch. Even worse, rates have already increased five times faster than the rest of the country since 2011.

From his environmental policies to higher taxes, California became an even more expensive and difficult place to live thanks to Governor Jerry Brown. Perhaps it should not be surprising that the Governor would leave office with such a glum attitude.