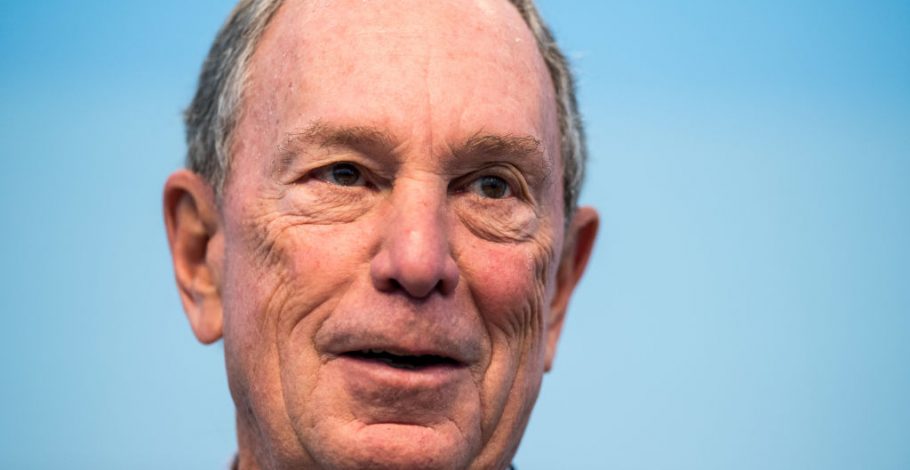 Michael Bloomberg loves to meddle. As Mayor of New York City, it was not enough to continue a recent wave of economic growth and crime reduction achieved by his predecessor’s hard work. When you are the all-knowing Mike Bloomberg, you tell other people how to live their lives: how much soda to drink, how much cigarettes should cost, and how people should commute to work. From trans-fat intake to calorie counts, Mayor Mike made it his mission to meddle into personal matters beyond government’s authority.

It is no surprise that he cannot let the current political climate pass without his thumbprint, declaring last week he intends to sink $80 million of his personal fortune into electing Democrats his fall, a staggering sum that will leave a mark. According to the New York Times Bloomberg will sink these campaign funds in urban areas, and not in rural communities where his beliefs are unpopular. This is not a surprise: Bloomberg in rural Texas should be as unwelcome as the Philadelphia Eagles hosting a Super Bowl parade in Dallas.

When it comes to New York, Bloomberg played with traffic patterns and menu rules, but in rural America, his meddling has destroyed communities. Just ask the 650 coal workers who lost their jobs in Titus County last year. Thanks to the $64 million dollars Bloomberg gave to the Sierra Club’s “Beyond Coal” campaign, activists put enormous pressure on the industry. Constantly tied up in litigation and forced to adapt to new regulations floated daily from the Obama Administration’s ideologically-driven EPA, the industry was deemed “unprofitable,” much the way a whale caught in a net could be called “unswimable.”

We see evidence of this throughout America, from Texas, to Ohio, West Virginia and Pennsylvania, all the way over to Montana. Rural communities where multiple generations of coal miners worked to power the nation were reduced to ghost towns. As one coal worker told me in Whitesville, West Virginia, an area hit hard by anti-coal regulations, their town survived the dotcom bubble of 2000 and the housing collapse of 2008. They had plenty of coal, and America needed it, and the miners of West Virginia worked hard to get it. What Bloomberg and the Sierra Club, and other well-intentioned but misguided climate activists, miss is the actual consequences of their activism. Bloomberg applauded closing the coal mine in Titus County. He failed to mention the men and women who lost their jobs. Or their families. Or their small town. Or their very dignity as human beings. In fact, recently at an International Monetary Fund conference, Bloomberg spoke about the need to continue to shut down coal mines, and as for the workers: “we will find something else for them to do.”

“We.” Not they themselves, not the free market or the free humans. “We.” And “something else for them to do.” Not the dignity of a career, not an opportunity which provides for families and provides personal fulfillment. “Something else.” Maybe Bloomberg spoke quickly, but the rapidity of his tongue sure confesses the elitism and disdain in his heart.

People like Mike Bloomberg rarely suffer the consequences of their activism. Their jobs are not at risk of being stripped by someone with green intentions, just like in New York his commute was not slowed down by traffic jams. You could say Mike is “Too Rich To Fail.” Alas, the rest of America is not. In their once noble, quaint, family-friendly small towns, his green activism leaves unemployment behind. Poverty. Depleted tax bases. Opioids use. These are towns Bloomberg will never visit, they are people who will never sit with him at dinner, they are communities whose very existence, or extinction, means nothing to him.

It is, therefore, no shock that Bloomberg will avoid rural America with his midterm election funding. He is smart enough to know where he is not welcome. Rural America has good reason to reject Mayor Mike and his meddling. Without him and his green activists they may, just may, bounce back from the damage he’s done to them.