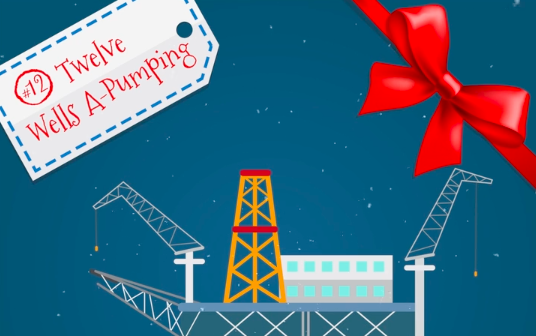 Let’s talk about crude oil: it’s thick, sticky and a few miles below the earth.  With some very precise drilling, it is brought to the surface, where it is transported to a refinery.  There it is boiled and brewed like gin, producing multiple by-products including household goods and plastics.  But the vast majority of that initial crude is turned into gasoline, which is then transported to your local station where it is pumped into enormous underground storage tanks.

That’s a simplified version, but it serves its purpose to make these comparisons (as of December 2018):

Gas is a pretty remarkable and relatively inexpensive product.

Making all of this possible are, of course, energy workers: men and women working in all sorts of temperatures and conditions, 365 days a year in the rain, sun and snow.  Men and women who work precise, dangerous and difficult jobs in rural areas, harnessing the very lifeblood of our economy.

The same man who mocked “Drill, baby, drill!”  just six years later would take credit for its results. The green leader who decries fossil fuels and demands we reduce our carbon footprint is chartering private jets because it’s cost-efficient. Yes, abundant energy is making our lives easier and better, so we can’t blame these hypocrites for their actions.

But we can call them out, especially when they continue to push ideas which would put our great energy workers on unemployment.  So they better watch out… because just like Santa Claus, Power The Future is coming to town.