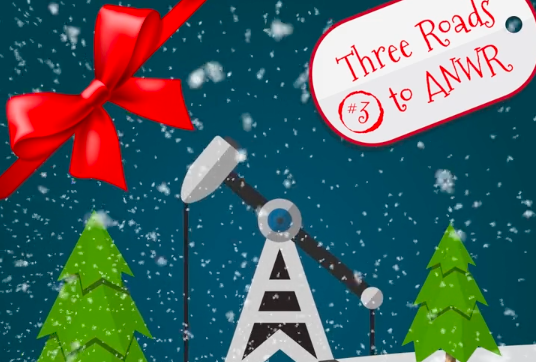 The Elusive Alaska National Wildlife Reserve (ANWR) has long been an area of tremendous interest to the nation’s energy future.  Situated on the north slope of Alaska just below the Arctic circle, this area holds potentially 10.4 billion barrels of crude oil.  As America continues down the path of energy dominance, ANWR will play an increasingly larger role.

But for decades it has been closed to energy exploration. Why?  Politics.  Always politics.

The green groups, especially those funded by China and Russia, cannot allow such potential to be realized.  OPEC, aided by their lobbyists, does not want to see their profit reduced even further by America’s energy expansion, so they make up excuses: climate change, sea levels, sacred grounds, endangered species.  They use photographs of Alaska’s beautiful parks and topography and try to convince people it will all be lost.

Let’s lay out a few facts: ANWR is 19 million acres in size. The exploration area, known as 1002 Area is 1.5 million acres.  That’s 7.9% of ANWR opening to energy exploration.

And a reminder, ANWR is only about 0.0045 percent of Alaska.

That does not preclude sensitivity to the area. Responsibility.  Respect.  Accountability.  But to deny this region economic opportunity and to deny the nation increased security and prosperity because of politics is shameful.  That has been the course for decades.