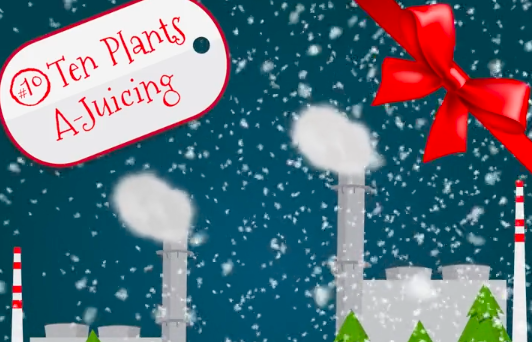 After a whirlwind Black Friday where Americans took advantage of Christmas bargains, what were the biggest sellers at the nation’s biggest retailer? According to Amazon, three of the top five most purchased items require electricity. On Black Friday 2016, Target claimed they sold 3,200 TVs per minute.

And powering all of that convenience and comfort is an army of millions of energy workers fueling power plants.  Coal.  Nuclear.  Natural gas.  We need an electric grid that does not spike or dive, that will not fail in the extreme heat or cold, and that will continue to run in wind, rain, and snow.

But the energy industry is so much more than consumer goods.  There are cybersecurity professionals and law enforcement, hospitals full of beeping machines which keep patients alive during surgery and keep vulnerable babies growing. Fire stations get calls, scientists peer through microscopes, and geologists monitor the ever-moving earth.

We are alive, we are growing, we are prospering, and we are thriving because of heart, grit, ingenuity, entrepreneurship, courage… and abundant, inexpensive, reliable, domestic energy that powers the nation, powers the economy and powers the future.