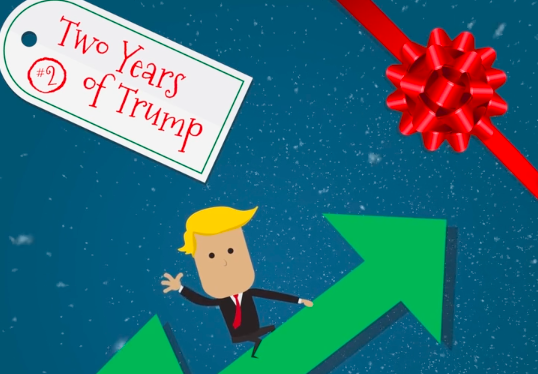 Energy Dominance is a theme Donald Trump employed during his campaign.  Though other presidents and candidates from both sides of the aisle have talked frequently about “Energy Independence,” Mr. Trump took it one step further.

Why be just independent when you can be dominant?  It’s good to be free from energy-related international quagmires, but we can also lead the world and bring other nations with us.

Donald Trump saw the tremendous potential of America’s energy resources, and he trusted in the strength of its citizens, of their entrepreneurship, of their ingenuity, of their grit and determination.  Mr. Trump did not need to launch a bold energy project akin to going to the moon or building a national highway system.  No, Mr. Trump knew he just needed to take off the fetters.

In just two years, President Trump brought coal miners back to work, expanded the potential to produce energy in artificially restricted lands, opened ANWR, went toe to toe with the OPEC cartel, and reduced the pointless and politically motivated regulations that were crushing energy exploration.

America’s energy dominance is beginning, and that is due in large part to the man in the Oval Office who made it possible.