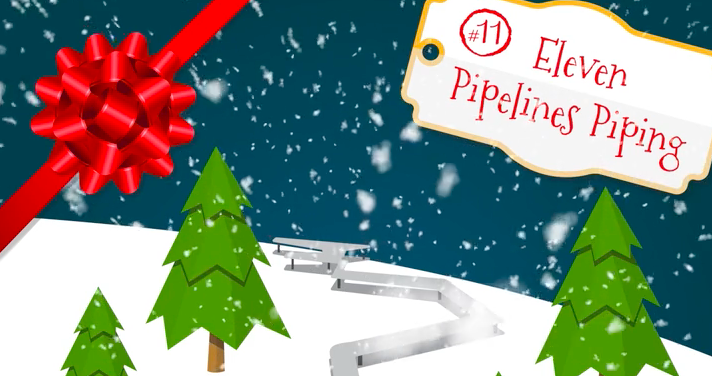 Pipelines are green, despite what the environmental activists may claim.  In 2013 pipelines transported more than 2.3 billion barrels of oil.  That’s oil that was not transported via truck or train, didn’t have to go through a port or get loaded onto a tanker.

It’s too bad an activist judge has halted the Keystone Pipeline, but see the 5thDay of Christmas to understand why this is more of a delay than a concern…

Pipelines are green.  They are essential to transport our energy safely and responsibly.  They unclog our roads.  They lessen the wear and tear on our bridges and are stronger than storms.  Here’s to the pipelines: those doing their job and those being built.