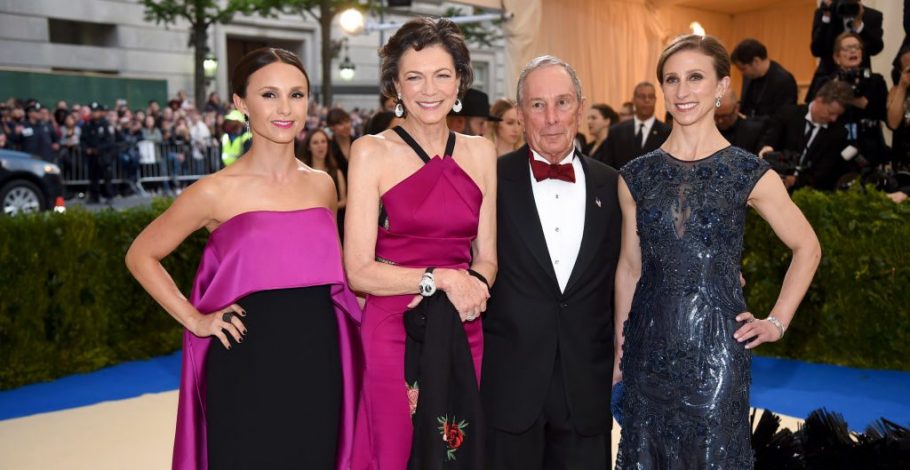 “So, it’s like saying, ‘I don’t want to stop using coal because coal miners will go out of work, will lose their jobs.’ We have a lot of soldiers in the United States in the US Army, but we don’t want to go start a war just to give them something to do and that’s exactly what you’re saying when you say ‘well, let’s keep coal killing people because we don’t want coal miners to lose their jobs.’ The truth of the matter is that there aren’t very many coal miners left anyways and we can find other things for them to do. But the comparison is: a life or a job.”

Not as succinct as “let them eat cake”, but Marie Antoinette went to the guillotine for sentiments just as aloof and heartless.

Before breaking apart some of these obnoxious, insufferably smug pearls of Mayor Mike wisdom, let’s point out a few things that make his comments even more egregious:

He paid over $1 million for a couch

We at Power The Future don’t begrudge him one cent of his wealth. Everyone should be so fortunate in life. But holy lack-of-perspective, Batman. What can we say about a man who thinks he should be an authority on the lives of men and women who will work an entire lifetime without amassing enough wealth to buy one of Bloomberg’s sofas?

Coal workers don’t kill people. Coal doesn’t kill people. Coal powers the nation. Mayor Mike, who made his billions selling a computer terminal for Wall Street investors, knows very well how important electricity is to his success. Maybe he should turn off all those machines if he thinks they are killing people. Let’s see the measure of his sincerity.

Contrary to what he claims, there are many coal miners left. The Labor Department estimates around 53,000 people work in the industry, up 3,000 from January 2017. And when you add second- and third-tier jobs tied to the coal industry like manufacturing, service providers, etc., the coal industry employs thousands more.

Mayor Mike gives us the typical left-wing binary choice. “Life or a job”. What an utter, utter fool. For all of us, our job IS our life. It’s how we support our family, maintain independence, and find value and meaning in life. Only someone so completely removed from regular America could be so flippant with this either-or narrative.

But the kicker- and here we will try not to be too bitter lest it cloud our judgment- is his line “we can find other things for them to do.” Good. Heavens. “We”. Who is “we” in that world of social engineering? Mayor Mike himself? The Government? What “other things” should the coal miners do? Do coal workers get a say in the matter?

What coal workers do, Mayor Mike, is provide this nation with inexpensive, reliable, abundant energy that turns on your espresso machine and boils the water for your steam shower. If the elevator in your home is working, if the blinds in your study are closing automatically, if the smart features in home are adjusting automatically, it’s because there are 53,000 men and women working hard, with dirt under their nails and sweat on their brow. And you are too obnoxious, too arrogant, and too incredibly obtuse to even recognize their contribution to our society.

They deserve your gratitude. Not your New York style classism.

Mike Bloomberg, we posit our own binary choice: silence or darkness. Either keep your sanctimonious mouth shut, or unplug all your homes from the electric grid coal workers power. Our guess is you will do neither, because like all left-wing coastal elites you are a hypocrite and a fraud.

Daniel Turner is the Executive Director of Power The Future, a national nonprofit organization that advocates for American energy jobs. Follow him on Twitter @DanielTurnerPTF