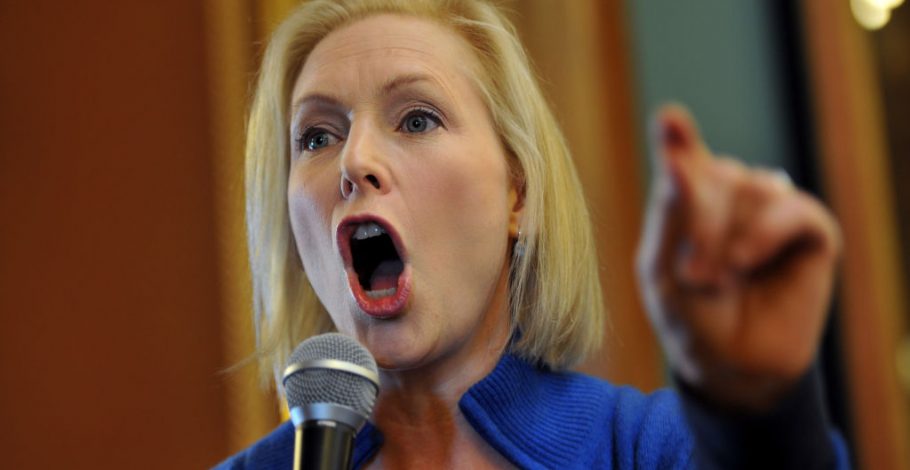 New York Senator Kirsten Gillibrand has gotten panned by all sides for her lurch to the left in recent days. Yesterday, Gillibrand sent a letter to the U.S. Senate Committee on Environment and Public Works laying out how she would implement a “Green New Deal.”

“We need a #GreenNewDeal, and we need it now,” tweeted Gillibrand.

Power The Future has laid out how the “Green New Deal” is nothing but a slogan for a series of far-left, socialist policies that have no business being part of the national conversation.

But for Kirsten Gillibrand, it’s not just that she’s embracing extreme policies in order to appeal to the left-wing base. Gillibrand’s record on the very environmental issues she is claiming to champion represents the very height of hypocrisy.

As the Daily Caller points out, Gillibrand “has been criticized in the past for billing taxpayers for private jet travel to locations she could have flown commercially, with a lower carbon footprint, or taken ground transportation.”

That’s right, the very same politician advocating for a “Green New Deal” and saying that global warming is a “life or death threat” has a penchant for private jet travel at taxpayer expense.

In fact, a 2014 investigation found that over two years, Gillibrand billed taxpayers over $287,000 in chartered flights, the “second-highest in the Senate.” From October 2014 to September 2015 she billed taxpayers more than $150,000 in private jet travel.

This is yet another case of a liberal politician trying to dictate how we live our lives through government fiat, while they live large (with a huge carbon footprint) at taxpayer expense.

It’s one set of rules for them, and another for us – and it needs to stop.