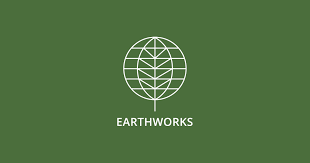 If you want to know who is opposing economic development in the state of New Mexico and beyond, keep an eye on Earthworks. At every turn, they have put up roadblocks and cried wolf over policies and job opportunities that will benefit the lives of regular New Mexico residents.

Earthworks opposes fracking, a revolutionary technology that has lowered energy costs, created jobs, and propelled the U.S. toward energy independence. Jennifer Krill, Earthworks’ Executive Director, has appeared on RT (which has been labeled “the Kremlin’s propaganda outlet” and was implicated in U.S. election meddling) to attack fracking and the oil and gas industries.

Fracking has created an economic boom for the United States, particularly in parts of Texas and New Mexico. Fracking has boosted our oil and natural gas output, and lessened carbon emissions by allowing for clean natural gas.

In fact, the US Chamber of Commerce released a report saying that a fracking ban could “destroy more than 14 million jobs, all while raising costs for families and considerably reducing American energy security.”

The spike in energy prices would raise the cost of living by $4,000 a year, and household incomes would drop by $873 billion. The report concluded the U.S. gross domestic product would be reduced by $1.6 trillion.

In another instance, Earthworks heralded a regulation that hinders oil and gas development by limiting methane emissions.

“Oil and gas operations across the country threaten clean air and waste taxpayer dollars, sending our precious natural resources up in flames.”

The oil and gas industry, which employees countless Americans directly and indirectly, is a threat?

Earthworks has opposed oil and gas development at every turn in New Mexico. These policies don’t just hurt New Mexico’s energy development. They have real consequences for the lives of New Mexico residents. Oil and gas provide billions of dollars in annual tax and royalty revenue. That means money for infrastructure, education, and avoiding the debt that has hampered so many other parts of the nation.

The Albuquerque Journal reports that oil and gas pays for about a third of the New Mexico state budget, with much of the recent increase going toward higher teacher pay and education spending. The state’s energy economy is thriving and has helped drive New Mexico to an anticipated $1.2 billion budget surplus in 2019 while pumping tens of millions of dollars into public education.

Earthworks published a letter calling on Congress to pass the ridiculous Green New Deal, adding that they should “halt all fossil fuel leasing, phase out all fossil fuel extraction, and end fossil fuel and other dirty energy subsidies.”

American households can expect tens of thousands of dollars in higher costs for energy, housing, transportation, and shipping if the Green New Deal is implemented, according to a recent study published by Power the Future and the Competitive Enterprise Institute (CEI).