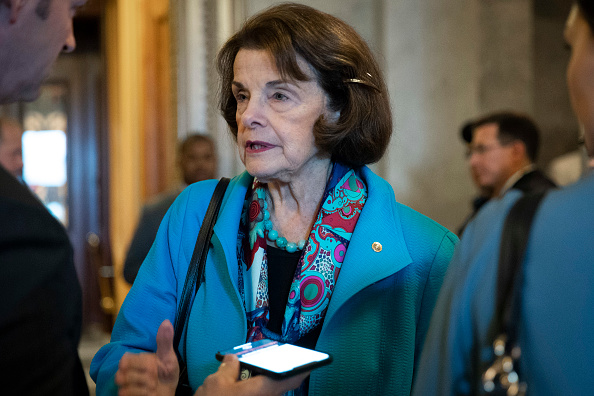 Normally, California Senator Dianne Feinstein is not an example of a politician who favors reasonable energy policies.

But strange things happen when the left-wing base embraces a plan as ludicrous as Alexandria Ocasio-Cortez’s Green New Deal. In this case, it’s making Dianne Feinstein seem…like a moderate.

Over the weekend, the extreme student activist group, the Sunrise Movement, the self-declared “army” behind the Green New Deal, ambushed Senator Feinstein in her office with a bunch of children who pleaded with her to support the Green New Deal.

These kids do not seem to have been told that the Green New Deal is an unrealistic, socialist takeover of America. And even if they were, these middle school-aged kids are probably not old enough to grasp the consequences. Nevertheless, the Sunrise Movement used them as props, hoping to use America’s love of children as a way to mask the Green New Deal’s ridiculous proposals like banning cows and airplanes.

Dianne Feinstein was having none of it.

“You come in here, and you say it has to be my way or the highway. I don’t respond to that,” Feinstein told the kids, who were not old enough to vote.

The extremists pushing the Green New Deal don’t want to bargain or negotiate. They want a socialist takeover of America with environmentalism as the trojan horse. Politicians from the right and the left both should reject this. Even the Atlantic, a notable left-wing media outlet, published a piece supporting Feinstein and casting the kids as full of “magic and make-believe.”

A civil war has begun on the left, between those who at least give lips service to facts and those who eschew facts in a disingenuous attempt to move America away from capitalism.

Using kids in this manner is not right. In this case, Dianne Feinstein should be praised for speaking the truth and treating them like adults.