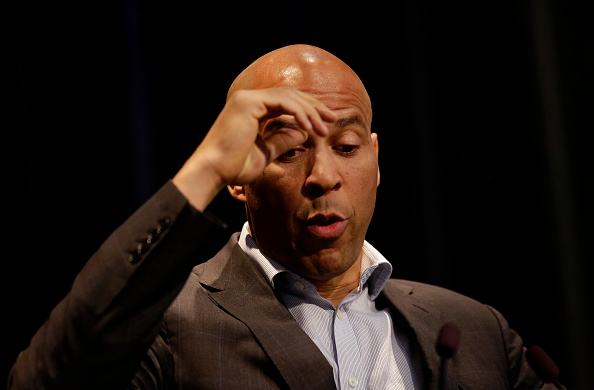 In the race to unveil the most-extreme environmental agenda and woo the eco-left, Senator Cory Booker is signaling that he doesn’t want to be left out.

This morning, Booker released the details of his environmental agenda – and it’s even more expensive than the one proposed by far-left Senator Elizabeth Warren.

National Review explains that Booker’s climate plan would cost $3 trillion, and “aims to make the U.S. a 100 percent carbon-neutral economy by 2045” while also combating “economic inequality.”

“As we address the existential threat of climate change, we must also confront deep and persistent economic inequality,” says Booker.

Booker’s plan emulates much of what the other candidates have proposed, and that’s not a good thing. Since Alexandria Ocasio-Cortez set the eco-left benchmark with her Green New Deal, nearly ever left-wing plan proposed by 2020 presidential candidates has been extreme. Booker’s is no exception.

For instance, Booker would “reverse the Trump administration’s permits to continue work on the Keystone Pipeline and Dakota Access Pipeline as well as rejoin the Paris Climate Agreement,” a move that would hurt thousands of jobs and cripple North America’s energy infrastructure future.

Even worse, the Washington Examiner notes that Booker wants a “carbon fee on fossil fuel sources” – a carbon tax – as well as ban on “new onshore of offshore fossil fuel leases” and a “phase out” of fracking. This would raise prices on hardworking low-income families and decimate America’s booming energy economy, threatening our ability to finally become energy independent.

Cory Booker’s energy plan is not something America can afford.