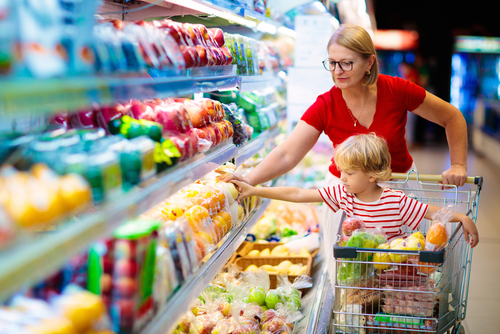 The Sacramento Bee reports how these new goals can hurt farmers and our food supply. Chris Rufer, the founder of The Morning Star Co. of Woodland, CA, one of the world’s largest tomato processors, discusses the current clean energy fees he pays just to keep his plant running.

“Under California’s climate-change initiative known as cap-and-trade, Morning Star has to spend about $2 million a year buying carbon emission credits — the right to spew greenhouse gases at its processing plants in Williams, Los Banos and Santa Nella.”

Meaning if California were to raise the price of carbon emission credits, the production costs of Morning Star products would increase even more, as would the price for consumers of tomato paste, diced tomatoes and other Morning Star products. That consequence would be felt by American wallets at the grocery store.

The Sacramento Bee reports that “motorists spend an estimated 30 cents a gallon extra at the pump because of restrictions on greenhouse gases” and that “Californians pay about 50% more than the average American for each kilowatt-hour of electricity they use.”

Steve Maviglio, a Democratic political consultant in Sacramento said, “It is an expensive issue to tackle. … In this economy, I don’t think people are willing to shell out more.” We can’t blame them, why would the American people want not only unreliable energy but also more expensive energy?

The state endured two nights of rolling blackouts during a mid-August heat wave. The Independent System Operator, which runs the electricity grid, said the blackouts were caused by planning miscues.

But it’s also true that the state’s heavy reliance on renewable energy played a role. Solar power naturally faded out as the sun went down, and wind power proved fickle, leaving the state’s electricity grid short of power both nights.

California gets about 34% of its power from renewables, and the figure is climbing. A law signed by Newsom’s predecessor, Jerry Brown, says renewables must make up 50% of the power supply by December 2026 and 100% by 2045.

Newsom wants to speed that up.

California’s policies are becoming more and more radical and now they threaten to interrupt parts of our food supply. It is time for politicians in California to wake up and expand the use of oil and gas around the state so American families do not have to suffer.