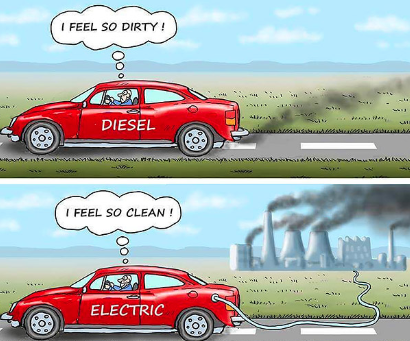 In a rambling op-ed as off target as a drunk man at a urinal, Bill McKibben, founder of the radical group 350.org blames everything on climate change.  Civil war in Syria.  Gang violence in Central America.  Illegal immigration.

Given the chance, he will probably make the case that climate change is responsible for the Buffalo Bills’ four consecutive Super Bowl losses.

And when climate change causes all the world’s ills, the only solution is reducing our carbon footprint.  That’s what he told an audience in Australia in June.  And in Japan in April.  And in Canada in May.  In fact, looking at his speaking engagements, Bill seems to be all over the world.

His donkey must be exhausted. And those overseas trips?  We assume wind power.  Because he cannot possibly-cannot possibly- be using so much carbon.  Right?

What’s ironic about McKibben’s  word vomit is the call for electric cars.  Public media reports have raised serious questions about how electric cars are manufactured and powered.

The batteries of electric cars require cobalt to run.  Most of the world’s cobalt is found in the Congo. According to public reports, there are roughly 40,000 child laborers – including slave labor – in the Congo.

Feels good to be green?

What percentage of 350’s $10million budget goes to human rights abuses resulting from their junk science?

Bill McKibben is a fraud. One of the greenest forms of energy is Nuclear, and Bill himself admitted that he couldn’t support it because it would divide his membership.  Science?  Facts?  Or just politics.

So go ahead and push your fear mongering, Bill.  Tell us how the Maldives are sinking and the California fires are due to pulling out of the Paris Accord.  Go ahead and travel the world giving speeches and interviews full of shock and awe with predictions that won’t materialize.

As for us, we draw the line at child labor and slavery.  And if you can’t stand shoulder to shoulder with us on that issue, it says a lot more about you and your org than anything.