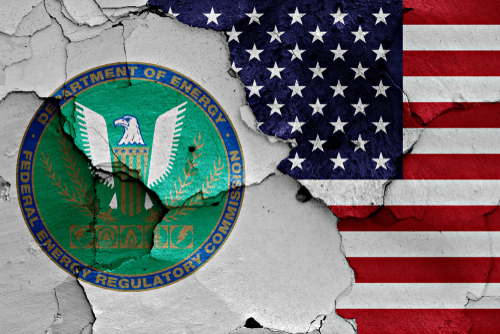 Late in the afternoon on Friday, the Biden administration had another major news dump. This time it was the re-nomination of Richard Glick to serve as the chair of the Federal Energy Regulatory Commission (FERC). Glick is part of Biden’s army of powerful bureaucrats that the White House is using to implement Biden’s green agenda because it can’t pass through Congress.

In February, under Glick’s leadership, FERC tried to jam through a rule that would have made building new natural gas infrastructure – like pipelines – almost impossible. Senate Energy and Natural Resources Committee Chairman Joe Manchin slammed the rule, calling it “beyond the pale” and a “reckless decision to add unnecessary roadblocks” to American energy. In response, Glick and the other Democrat commissioners at FERC pulled back the rule. It is likely to resurface if he is reconfirmed by the Senate.

Now, Glick’s nomination will go before Manchin’s Senate Committee. The Senate should reject this radical nominee. Glick has already tried to kill American energy infrastructure – he has no business being chairman of this powerful energy regulatory commission.

“If left to his own ideology and devices, Chairman Glick would still be stopping American energy projects today. Thankfully, Senator Joe Manchin had the courage to stand up to his own party and put the brakes on some of his reckless policies,” said Daniel Turner, Founder and Executive Director for Power The Future. “Joe Biden’s energy agenda continues to deliver nothing but failure to working families and he shouldn’t be able to rely on an army of unelected bureaucrats to continue driving America into the ditch. Chairman Glick has already proved he’s against American energy independence and every Senator should reject him.”

Americans are standing up against FERC’s bureaucrats. So far, over 20,000 individuals have signed Power The Future’s petition to support Chairman Manchin in his efforts to keep FERC in line. Now, we need Chairman Manchin to stand up for American energy again and make sure Richard Glick is never confirmed.