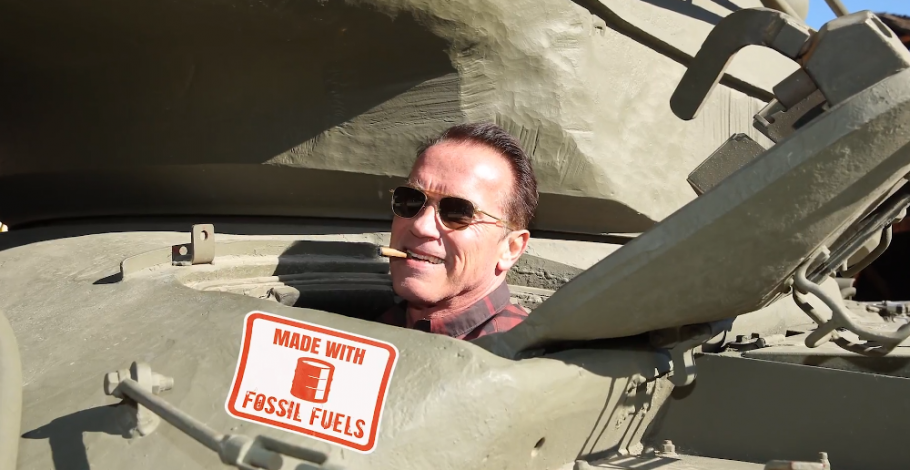 According to Page Six:

“Arnold Schwarzenegger made running errands look like a military mission when he drove to the Brentwood Country Mart in a tank-like SUV. The 72-year-old ‘Terminator’ star was spotted having a bit of trouble getting back into his Pinzgauer all-terrain vehicle, though eventually got back in before heading back home. Pinzgauers start at $18,000 and can cost up to $70,000 depending on the model.”

Schwarzenegger has been vocal about climate change and recently met with Greta Thunberg.

According to Fox News:

“His recent outing came days after his widely publicized bike ride with 16-year-old climate change activist Greta Thunberg. ‘It was fantastic to see my friend and one of my heroes @GretaThunberg last week and go on a bike ride around Santa Monica together and I was so pumped to introduce her to my daughter Christina. Keep inspiring, Greta!’ Schwarzenegger tweeted.”

Schwarzenegger is known for his “beastly” collection of environmentally-unfriendly cars.