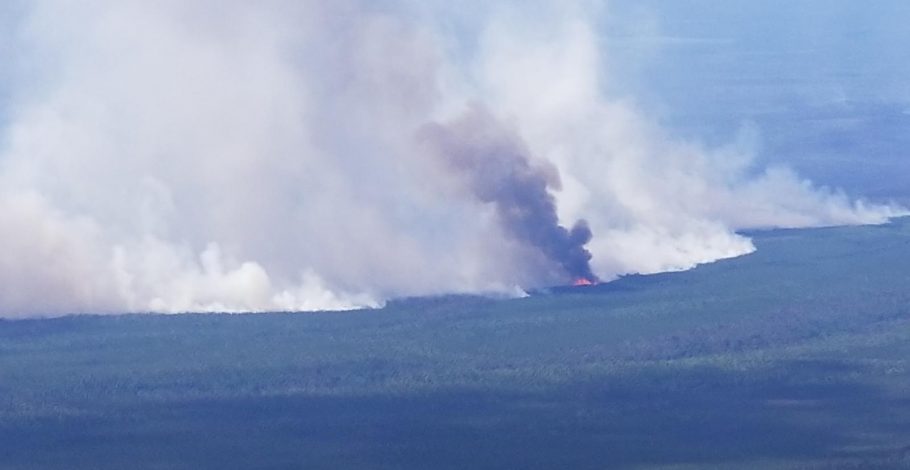 Alaska experiences hundreds of forest fires statewide, burning hundreds of thousands of acres each year. These fires draw personnel from across the state, supported as needed by Lower-48-based crews.  Most rural villages have “hot shot” crews – men and women who work seasonally where needed to fight the fires.

This year, the Swan Lake fire broke out on June 5th, after a lightning strike hit lands in the Kenai National Wildlife Refuge.  The incident page notes that “the highest values at risk are the homes and private properties in and around the community of Sterling, the Sterling Highway and its associated utility right of ways and infrastructure, the natural gas pipeline and structures, shelter cabins and the moose research center.”

The Swan Lake fire has already blanketed the area with thick smoke, and caused multi-hour shutdowns along the Sterling Highway, as well as closures to many of the trails, campgrounds and recreational areas around the Skilak Lake area.  With the popular Kenai River dipnetting season set to begin on July 1st, tens of thousands of Alaskans from all over Southcentral will descend on Kenai to attempt to fill their freezers with sockeye salmon.  The fire has the potential to significantly impact the travel plans for many of them, as the Sterling Highway is the major thoroughfare to the western Kenai Peninsula.

Power The Future appreciates the efforts of the men and women fighting the Swan Lake fire, and pray for safety and containment of the blaze soon. As crews fight additional fires across Alaska, we hope that they are contained and do minimal damage to property and structures.

As a reminder, most of the equipment they’re using – from combustion engine-driven planes, trucks, ATVs and helicopters, to the hoses, axes, chainsaws, to their fire-resistant clothing and helmets – are available to them because of the work of men and women in the fossil fuel and mining extraction industries.